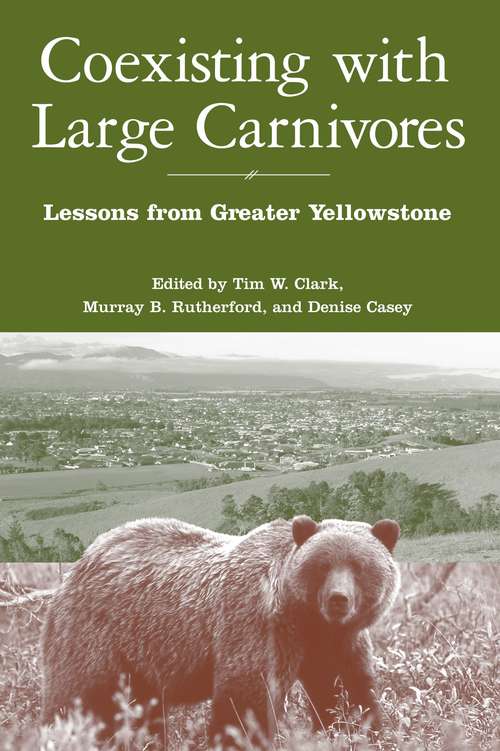 As in the rest of the United States, grizzly bears, wolves, and mountain lions in and around Yellowstone National Park were eliminated or reduced decades ago to very low numbers. In recent years, however, populations have begun to recover, leading to encounters between animals and people and, more significantly, to conflicts among people about what to do with these often controversial neighbors.

Coexisting with Large Carnivores presents a close-up look at the socio-political context of large carnivores and their management in western Wyoming south of Yellowstone National Park, including the southern part of what is commonly recognized as the Greater Yellowstone Ecosystem. The book brings together researchers and others who have studied and worked in the region to help untangle some of the highly charged issues associated with large carnivores, their interactions with humans, and the politics that arise from those interactions.

This volume argues that coexistence will be achieved only by a thorough understanding of the human populations involved, their values, attitudes, beliefs, and the institutions through which carnivores and humans are managed. Coexisting with Large Carnivores offers important insights into this complex, dynamic issue and provides a unique overview of issues and strategies for managers, researchers, government officials, ranchers, and everyone else concerned about the management and conservation of large carnivores and the people who live nearby.