US Helicopter Pilot in Vietnam 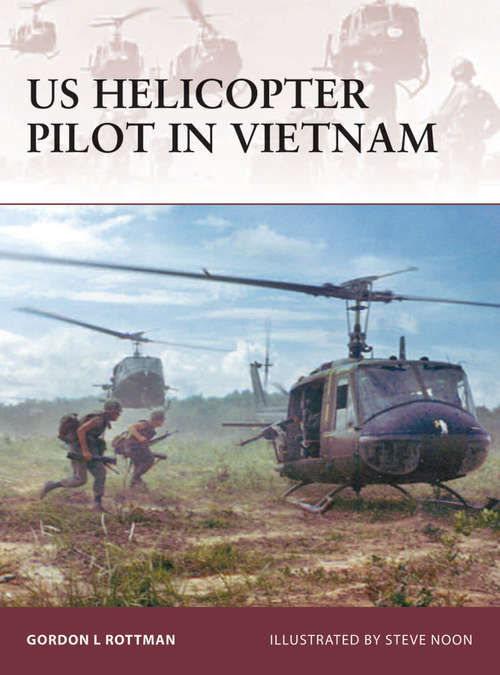 One of the most enduring and vivid images of Vietnam is the helicopter. There is little doubt that the helicopter revolutionized warfare and how the war in Vietnam (1955-1975) was fought. Helicopters lifted troops, supplies, material, equipment, and vehicles. They conducted visual reconnaissance, command and control, medical evacuation, artillery spotting, fire support, and countless administrative tasks. They were aerial weapons platforms and aerial trucks. The 40,000 pilots were the men behind this revolution. Many helicopter pilots were thrill seekers to some degree. They liked fast cars and a fast life. To "party hardy" was a common term used to describe their lifestyle. They loved to fly and the war gave them the opportunity to do that. They were little concerned with the politics of the war, the conflicts back at home, and could care less about the drug culture, sexual revolution, the environment, and other social issues that defined their generation. A common aviator's phrase was, "Who needs drugs, I'm already high." Helicopter pilots experienced a broad range of combat, from air-lift, med-evac and fire-support to landing in 'Hot LZs', in which choppers would find themselves caught in deadly high-volume crossfires. Crew protection, other than armored seats for the pilots, was minimal. There was little armor to protect vital engines, transmissions, and fuel tanks. Crashes were survivable, but aircrews suffered relatively high casualties. Enemy action was not the only cause for concern. Of the 4,642 US helicopters lost in Vietnam, over half were due to non-hostile causes-accidents, mechanical failure, weather, and other non-combat causes. Aviators had to deal with long flying hours in a less than pleasant climate, heat, humidity, dust, rapidly changing weather conditions, spare parts shortages, and spotty maintenance. All of these accumulated to make the lives of natural risk-takers more dangerous. This book will reveal their experiences from their first deployment to the deadly thrill of combat in a war zone. Accompanied by poignant photographs and written by a Vietnam veteran, this is a crucial addition to our coverage of the conflict that defined the post-war generation in America.From the Trade Paperback edition.