Thinking Out of Sight 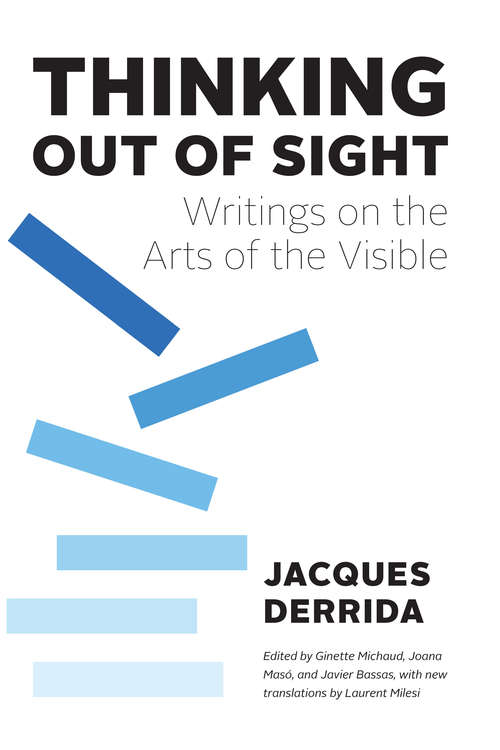 Jacques Derrida remains a leading voice of philosophy, his works still resonating today—and for more than three decades, one of the main sites of Derridean deconstruction has been the arts. Collecting nineteen texts spanning from 1979 to 2004, Thinking out of Sight brings to light Derrida’s most inventive ideas about the making of visual artworks.

The book is divided into three sections. The first demonstrates Derrida’s preoccupation with visibility, image, and space. The second contains interviews and collaborations with artists on topics ranging from the politics of color to the components of painting. Finally, the book delves into Derrida’s writings on photography, video, cinema, and theater, ending with a text published just before his death about his complex relationship to his own image. With many texts appearing for the first time in English, Thinking out of Sight helps us better understand the critique of representation and visibility throughout Derrida’s work, and, most importantly, to assess the significance of his insights about art and its commentary.