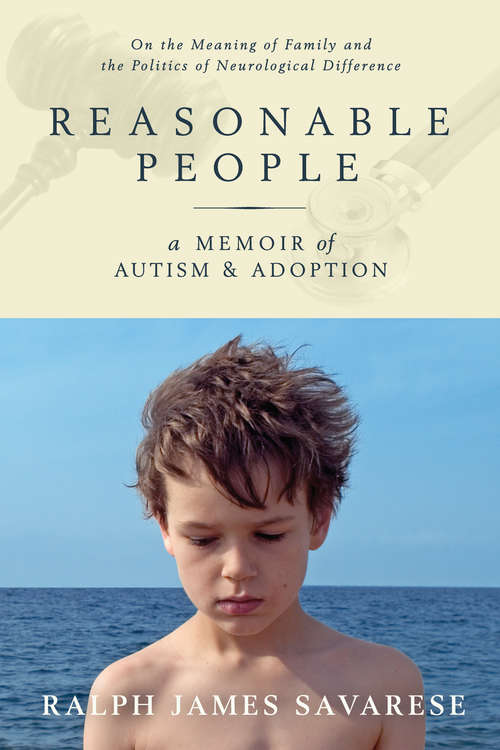 Watch an interview with DJ on CNNListen to Ralph Savarese's interview on NPR's "The Diane Rehm Show"Visit the book's website: www.reasonable-people.com"Why would someone adopt a badly abused, nonspeaking, six-year-old from foster care?" So the author was asked at the outset of his adoption-as-a-first-resort adventure. Part love story, part political manifesto about "living with conviction in a cynical time," the memoir traces the development of DJ, a boy written off as profoundly retarded and now, six years later, earning all "A's" at a regular school. Neither a typical saga of autism nor simply a challenge to expert opinion, Reasonable People illuminates the belated emergence of a self in language. And it does so using DJ's own words, expressed through the once discredited but now resurgent technique of facilitated communication. In this emotional page-turner, DJ reconnects with the sister from whom he was separated, begins to type independently, and explores his experience of disability, poverty, abandonment, and sexual abuse. "Try to remember my life," he says on his talking computer, and remember he does in the most extraordinarily perceptive and lyrical way.Asking difficult questions about the nature of family, the demise of social obligation, and the meaning of neurological difference, Savarese argues for a reasonable commitment to human possibility and caring.