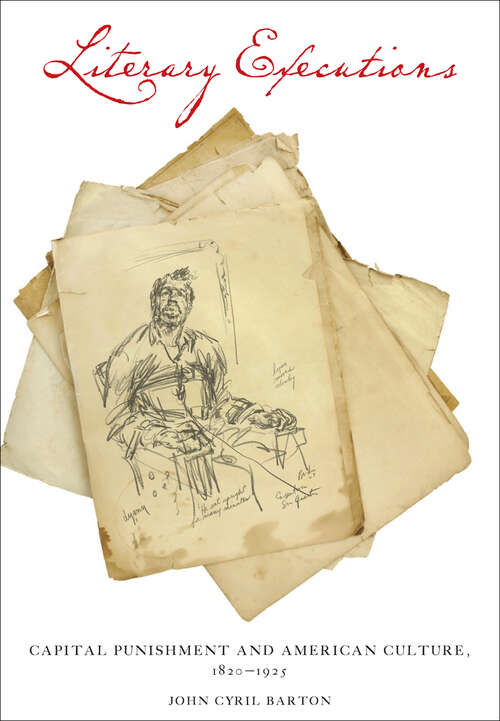 “Rich with historical detail . . . examines the figure and theme of the death penalty in imaginative literature from Cooper to Dreiser.” —Gregg Crane, Professor of English Language and Literature, University of MichiganDrawing from legal and extralegal discourse but focusing on imaginative literature, Literary Executions examines representations of, responses to, and arguments for and against the death penalty in the United States over the long nineteenth century. John Cyril Barton creates a generative dialogue between artistic relics and legal history. He looks to novels, short stories, poems, and creative nonfiction as well as legislative reports, trial transcripts, legal documents, newspaper and journal articles, treatises, and popular books (like The Record of Crimes, A Defence of Capital Punishment, and The Gallows, the Prison, and the Poor House), all of which were part of the debate over the death penalty.Barton focuses on several canonical figures—James Fenimore Cooper, Nathaniel Hawthorne, Lydia Maria Child, Walt Whitman, Herman Melville, and Theodore Dreiser—and offers new readings of their work in light of the death penalty controversy. Barton also gives close attention to a host of then-popular-but-now-forgotten writers—particularly John Neal, Slidell MacKenzie, William Gilmore Simms, Sylvester Judd, and George Lippard—whose work helped shape or was shaped by the influential anti-gallows movement.By engaging the politics and poetics of capital punishment, Literary Executions contends that the movement to abolish the death penalty in the United States should be seen as an important part of the context that brought about the flowering of the American Renaissance during the antebellum period and that influenced literature later in the nineteenth and early twentieth centuries