Running to the Mountain 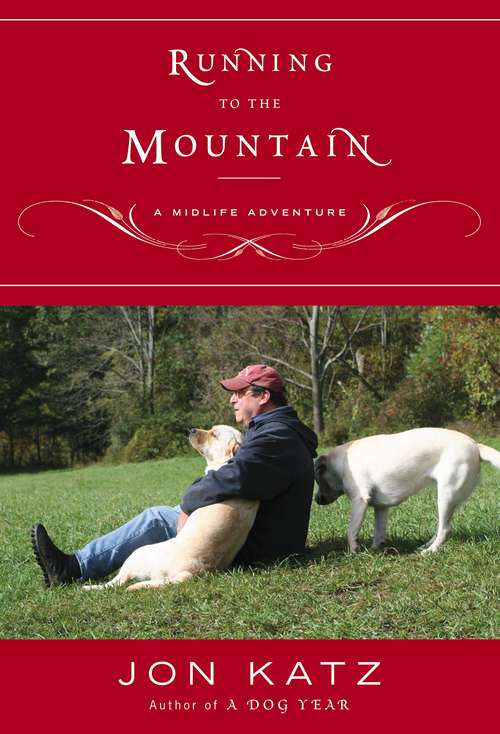 Jon Katz, a respected journalist, author, father, and husband, was turning fifty. His writing career was taking an uneasy turn, his wife had a demanding career of her own, his daughter was preparing to leave home for college, and he had become used to a sedentary lifestyle. "I had settled down," he notes. "Any more settling and I would vanish into the mud like some fat old catfish." In Running to the Moun-tain, Katz finds a way to redefine and lend new meaning to his life. He writes, "I bought a tiny cabin at the very tip of a mountain in a remote corner of upstate New York and went there by myself. . . . I went for a lot of different reasons, but mostly, I think, to try to be a better human." Armed with the writings of Trappist monk Thomas Merton, his two faithful yellow Labradors, and the desire to confront change rather than simply react to it, Katz departs from his suburban en-clave (where, as a carpooling father, he is known as "The Prince of Rides") and heads to a new world. What he finds is a community where a rodent problem prompts anyone within earshot at the hardware store to offer advice, and where the digging of a new well draws every neighbor within miles to his front lawn. It's also a place where he can be alone in na-ture, a new discovery for someone whose "favorite night out is a trip to a bookstore, the pizza place, and the Sony megaplex." Habitually skeptical about religion, Katz finds in solitude a chance to consider the questions that have followed him into middle age: Can one find spirituality outside of a church, temple, or mosque? Is it possible to build a rational, moral framework for one's life amid the complexities of modern life? As Katz restores his old cabin, learns self-reliance in a lightning storm, and helps a friend prepare for fatherhood, he gathers newfound knowledge that will be a source of inspiration and achievement as he returns to the life he left behind. "It is absolutely impossible," Merton wrote, "for a man to live without some kind of faith." Katz adds, "It is equally impossible to change your life without some." Running to the Mountain is an unex-pected reading experience of adventure, humor, contemplation, and growth."As notions such as solitude and spirituality have been made to seem godly, they appear to float high above our mundane and unheroic experiences. Working long hours for big companies, rushing kids around to malls and soccer games, squirreling money away for college and retirement, we want to read about conversations with God, but don't really expect to have any ourselves. . . . My hope, coming to the mountain, was that change, spirituality, and idealism aren't only way Up There, but also Down Here, in the details of daily life--family, work, friends, dogs, dreams." --From Running to the Mountain