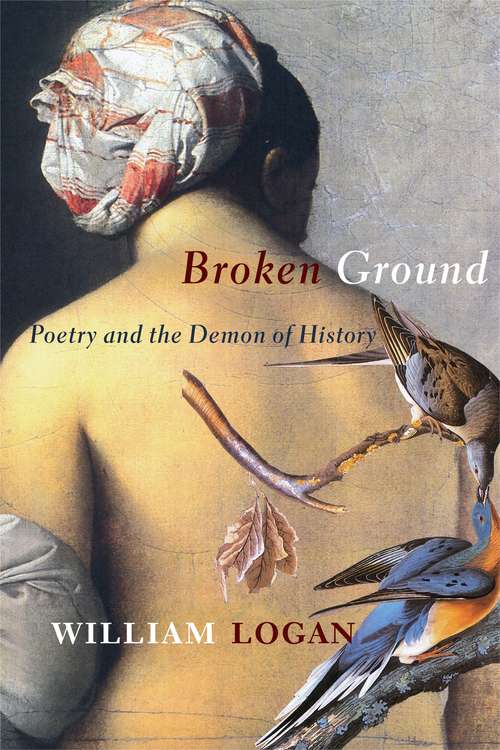 In Broken Ground, William Logan explores the works of canonical and contemporary poets, rediscovering the lushness of imagination and depth of feeling that distinguish poetry as a literary art. The book includes long essays on Emily Dickinson’s envelopes, Ezra Pound’s wrestling with Chinese, Robert Frost’s letters, Philip Larkin’s train station, and Mrs. Custer’s volume of Tennyson, each teasing out the depths beneath the surface of the page.Broken Ground also presents the latest run of Logan’s infamous poetry chronicles and reviews, which for twenty-five years have bedeviled American verse. Logan believes that poetry criticism must be both adventurous and forthright—and that no reader should settle for being told that every poet is a genius. Among the poets under review by the “preeminent poet-critic of his generation” and “most hated man in American poetry” are Anne Carson, Jorie Graham, Paul Muldoon, John Ashbery, Geoffrey Hill, Louise Glück, John Berryman, Marianne Moore, Frederick Seidel, Les Murray, Yusef Komunyakaa, Sharon Olds, Johnny Cash, James Franco, and the former archbishop of Canterbury.Logan’s criticism stands on the broken ground of poetry, soaked in history and soiled by it. These essays and reviews work in the deep undercurrents of our poetry, judging the weak and the strong but finding in weakness and strength what endures.