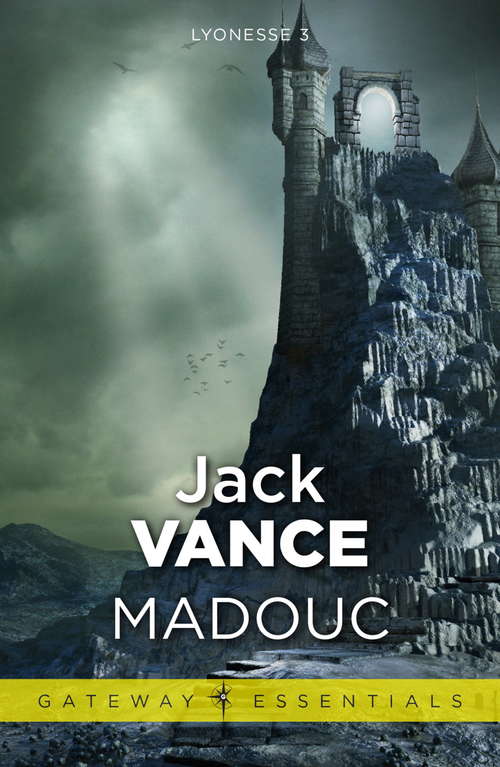 The Lyonesse sequence evokes the Elder Isles, is a baroque land of pre-Arthurian myth now lost beneath the Atlantic, where powerful sorcerers, aloof faeries, stalwart champions, and nobles eccentric, magnanimous, and cruel pursue intrigue among their separate worlds . . .When Princess madouc discovers that she is actually a changeling left by fairies in place of a baby boy, she sets out, with her servant and companion Pymfyd, to find her true identity. Madouc locates her mother, the fairy Twisk, easily enough, but her paternity poses a problem: Twisk is not certain who fathered her child. Meanwhile, her uncle, King Casmir, attempts to conquer the whole island of Hybras, on which Lyonesse is located, and thwart the prophesy of Persilian the Magic Mirror that his sister's son would one day rule. He is foiled at every turn by King Aillas of Troicinet and his son Dhrun, who is actually the child of the prophesy, but is older than expected because of a youth spent in the fairy shee (home), where time runs differently. A sly mixture of satire and epic, Vance's medieval tale is a delightful conclusion to an epic fantasy trilogy.Winner of the World Fantasy Award for best novel, 1990