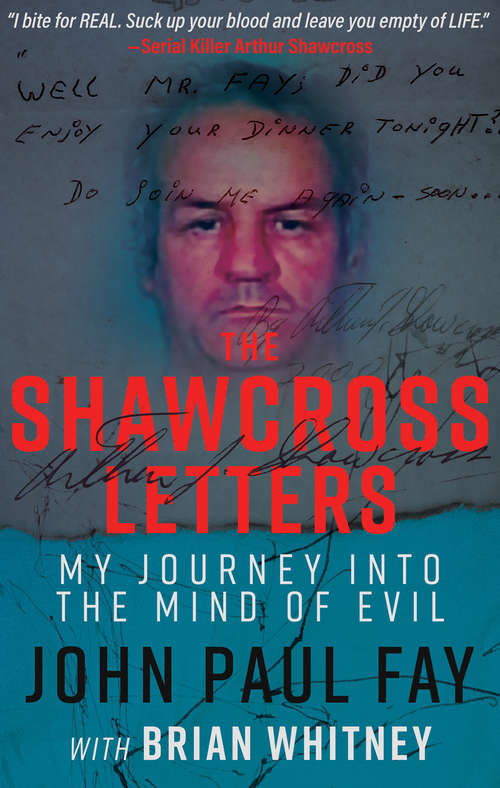 One man details his unusual friendship with the Genesee River Killer and examines what separates everyday people from serial killers.What happens when one of the evilest men in the history of America meets a man he trusts to share his darkest secrets with? How does it affect someone already on the edge of society when he is taken under the wing of a serial killer? Partly told through the letters of Arthur Shawcross, The Shawcross Letters is the tale of one of America’s most notorious serial killers and his relationship with his would-be biographer, John Paul Fay.John Paul Fay was a murderabilia dealer with a troubled past. Arthur Shawcross, also known as the Genesee River Killer, was in prison after being convicted of murdering numerous women, he officially has killed 14 people in all. The two created a business relationship, with Fay shopping the drawings of Shawcross and working with him on a book of his life. They also created a bizarre friendship in which Shawcross would let out his darkest secrets and Fay would finally meet someone that he himself felt oddly at home with. But as we all know, be careful what you wish for, you just might get it.The Shawcross Letters is a unique book, it is not only literary, but it lets the reader into the mind of a serial killer in a way that few books have ever done before. The reader will be drawn into the mind of Shawcross through his letters, and will find themselves wondering, what actually separates a serial killer from someone that walks among us every day?*Warning: Contains extremely graphic material including descriptions of rape, murder and cannibalism.*Praise for The Shawcross Letters“The Shawcross Letters is a graphic and dramatic page turner that delves into the twisted mind of a serial killer. A true crime book that will horrify, enlighten, and keep you up at night.” —Joseph Souza, author of The Perfect Daughter“As frighteningly real as it gets. Not for the faint of heart.” —Patrick Quinlan, Los Angeles Times–bestselling author of Smoked and The Hit “A unique and fascinating look at the Genesee River Killer, both despite and partially because the Killer himself is only secondary. Instead, it examines what the line between the average person and a psychopath entails and the psychology of the fascination with serial killers.” —Ben Arzate, Cultured Vultures