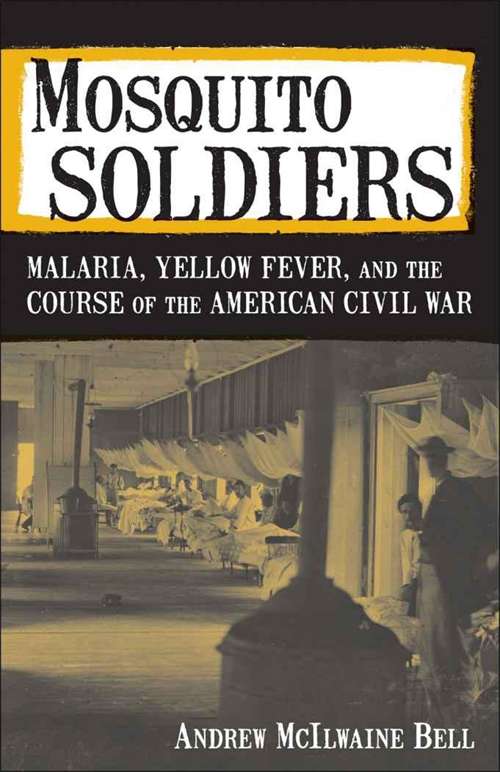 Of the 620,000 soldiers who perished during the American Civil War, the overwhelming majority died not from gunshot wounds or saber cuts, but from disease. And of the various maladies that plagued both armies, few were more pervasive than malaria -- a mosquito-borne illness that afflicted over 1.1 million soldiers serving in the Union army alone. Yellow fever, another disease transmitted by mosquitos, struck fear into the hearts of military planners who knew that "yellow jack" could wipe out an entire army in a matter of weeks. In this ground-breaking medical history, Andrew McIlwaine Bell explores the impact of these two terrifying mosquito-borne maladies on the major political and military events of the 1860s, revealing how deadly microorganisms carried by a tiny insect helped shape the course of the Civil War. Soldiers on both sides frequently complained about the annoying pests that fed on their blood, buzzed in their ears, invaded their tents, and generally contributed to the misery of army life. Little did they suspect that the South's large mosquito population operated as a sort of mercenary force, a third army, one that could work for or against either side depending on the circumstances. Malaria and yellow fever not only sickened thousands of Union and Confederate soldiers but also affected the timing and success of certain key military operations. Some commanders took seriously the threat posed by the southern disease environment and planned accordingly; others reacted only after large numbers of their men had already fallen ill. African American soldiers were ordered into areas deemed unhealthy for whites, and Confederate quartermasters watched helplessly as yellow fever plagued important port cities, disrupting critical supply chains and creating public panics.Bell also chronicles the effects of disease on the civilian population, describing how shortages of malarial medicine helped erode traditional gender roles by turning genteel southern women into smugglers. Southern urbanites learned the value of sanitation during the Union occupation only to endure the horror of new yellow fever outbreaks once it ended, and federal soldiers reintroduced malaria into non-immune northern areas after the war. Throughout his lively narrative, Bell reinterprets familiar Civil War battles and events from an epidemiological standpoint, providing a fascinating medical perspective on the war. By focusing on two specific diseases rather than a broad array of Civil War medical topics, Bell offers a clear understanding of how environmental factors serve as agents of change in history. Indeed, with Mosquito Soldiers, he proves that the course of the Civil War would have been far different had mosquito-borne illness not been part of the South's landscape in the 1860s.