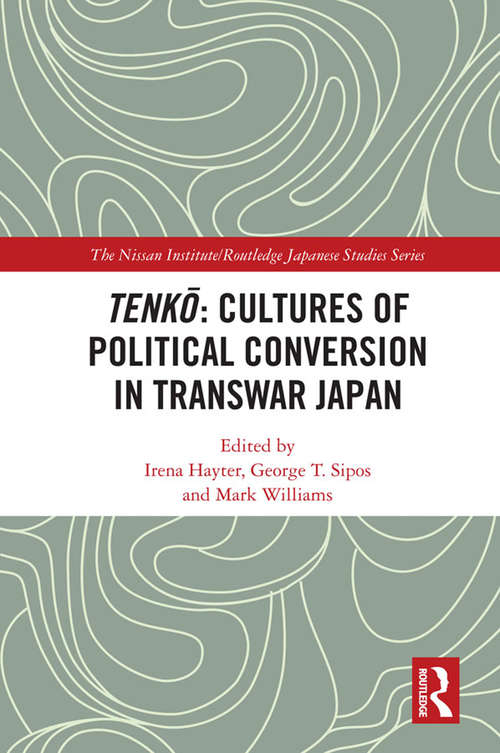 This book approaches the concept of tenkō (political conversion) as a response to the global crisis of interwar modernity, as opposed to a distinctly Japanese experience in postwar debates.

Tenkō connotes the expressions of ideological conversion performed by members of the Japanese Communist Party, starting in 1933, whereby they renounced Marxism and expressed support for Japan’s imperial expansion on the continent. Although tenkō has a significant presence in Japan’s postwar intellectual and literary histories, this contributed volume is one of the first in Englishm language scholarship to approach the phenomenon. International perspectives from both established and early career scholars show tenkō as inseparable from the global politics of empire, deeply marked by an age of mechanical reproduction, mediatization and the manipulation of language. Chapters draw on a wide range of interdisciplinary methodologies, from political theory and intellectual history to literary studies. In this way, tenkō is explored through new conceptual and analytical frameworks, including questions of gender and the role of affect in politics, implications that render the phenomenon distinctly relevant to the contemporary moment.

Tenkō: Cultures of Political Conversion in Transwar Japan will prove a valuable resource to students and scholars of Japanese and East Asian history, literature and politics.