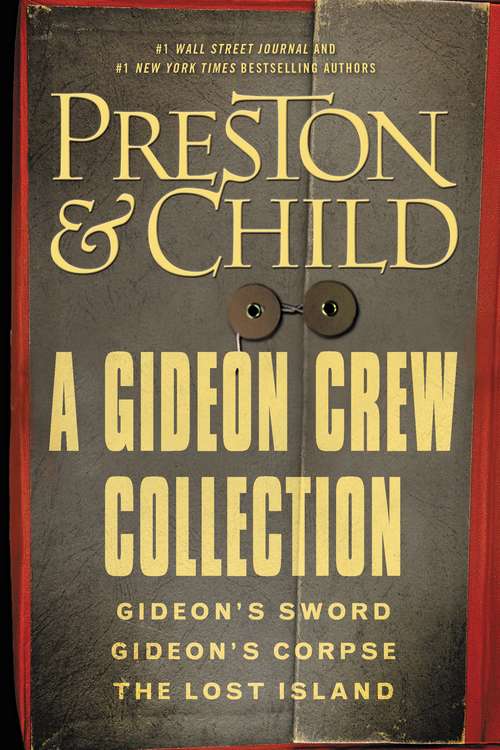 Now, available for the first time together in a single volume: a digital-only, value-priced bundle edition of the first three books in the Gideon Crew series: Gideon's Sword, Gideon's Corpse, and The Lost Island, by #1 New York Times bestselling authors Preston & Child. GIDEON'S SWORD: At twelve, Gideon Crew witnessed his father, a world-class mathematician, accused of treason and gunned down. At twenty-four, summoned to his dying mother's bedside, Gideon learned the truth: His father was framed and deliberately slaughtered. With her last breath, she begged her son to avenge him. Now, with a new purpose in his life, Gideon crafts a one-time mission of vengeance, aimed at the perpetrator of his father's destruction. His plan is meticulous, spectacular, and successful. But from the shadows, someone is watching. A very powerful someone, who is impressed by Gideon's special skills. Someone who has need of just such a renegade. For Gideon, this operation may be only the beginning. . . GIDEON'S CORPSE: A top nuclear scientist goes mad and takes an innocent family hostage at gunpoint, killing one and causing a massive standoff. A plume of radiation above New York City leads to a warehouse where, it seems, a powerful nuclear bomb was assembled just hours before. Sifting through the evidence, authorities determine that the unthinkable is about to happen: in ten days, a major American city will be vaporized by a terrorist attack. Ten days. And Gideon Crew, tracking the mysterious terrorist cell from the suburbs of New York to the mountains of New Mexico, learns the end may be something worse--far worse--than mere Armageddon. THE LOST ISLAND: Brilliant scientist and master thief Gideon Crew is living on borrowed time when he is tasked by his mysterious employer, Eli Glinn, to steal a page from the priceless Book of Kells, now on display in New York City and protected by unbreakable security. Gideon gets the parchment-only to learn that hidden beneath the illuminated image is a treasure map dating back to the ancient Greeks. As they ponder the strange map, they realize that the treasure it leads to is no ordinary fortune. It is something far more precious: an amazing discovery that could perhaps even save Gideon's life. Together with his new partner, Amy, Gideon follows a trail of cryptic clues to an unknown island in a remote corner of the Caribbean Sea. There, off the hostile and desolate Mosquito Coast, the pair discover the extraordinary treasure they are hunting conceals an even greater shock-a revelation so profound that it may benefit the entire human race . . . if Gideon and Amy can survive.