New York Times The Times of the Seventies 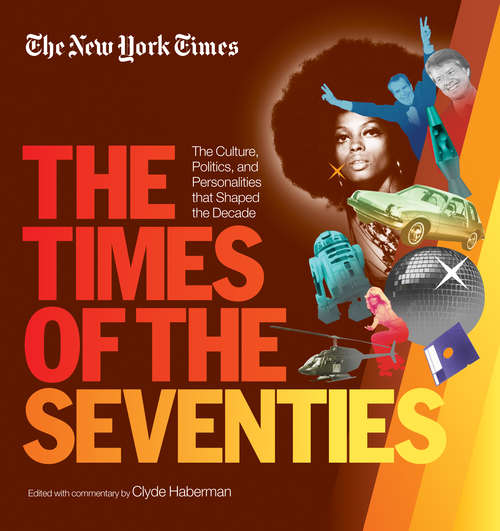 By: The New York Times • Clyde Haberman
Login
Sign Up

There is no better record of events then The New York Times, and now, The Times of the Seventies captures the history, culture, and personalities of the decade through hundreds of hand-selected articles and compelling original commentary in this unique and fascinating book.The New York Times: The Times of the Seventies is a brilliant time capsule containing all of the greatest, most important, and most memorable moments and events from the decade. Organized by sections such as national news, business, science & health, sports, arts & entertainment, life & style, the articles include coverage of historic events like the Watergate scandal, the end of the Vietnam War, the 1973 oil crisis, and the Iranian Revolution of 1979; cultural highlights like the break-up of the Beatles, the rise of disco, reviews of movies like Star Wars, The Godfather, Jaws, and Saturday Night Fever, and features on musicians like Jimi Hendrix, Janis Joplin, the Bee Gees, and Patti Smith; plus pieces on influential personalities such as Gloria Steinem, Bobby Fischer, and Farrah Fawcett and pivotal political figures like Richard Nixon, Pol Pot, and Augusto Pinochet.The stories are written by the great Times writers, including Murray Schumach, Nan Robertson, Craig Claiborne, Mimi Sheraton, Meyer Berger, R.W. Apple, Jr., John Rockwell, Clive Barnes, and John Russell. Editor Clyde Haberman has selected each and every article and guides readers through the stories, putting the events into historical context and exploring the impact these events and individuals eventually had on the future. Also included are hundreds of color photographs from the Times and other sources.Also available from Black Dog & Leventhal Publishers is The New York Times: The Times of the Eighties (978-1-57912-933-0)