The New Book of Snobs 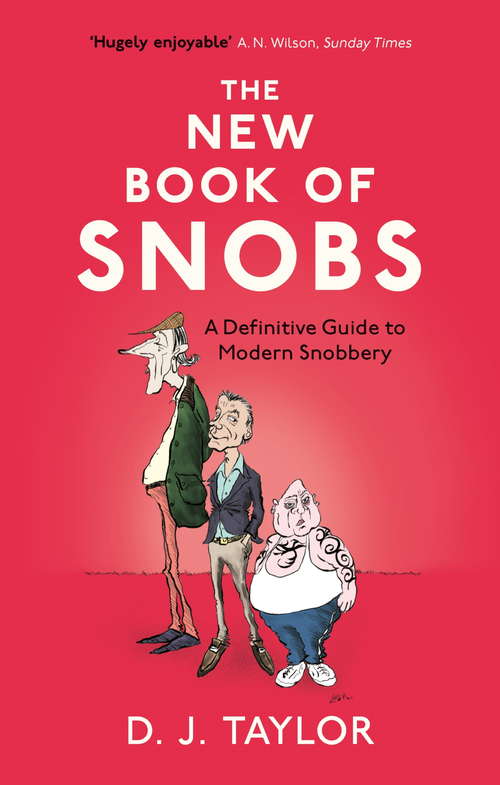 'Hugely enjoyable' AN Wilson, Sunday Times'Thoughtful, entertaining and enjoyable' Michael Gove, Book of the Week, The TimesInspired by William Makepeace Thackeray, the first great analyst of snobbery, and his trail-blazing The Book of Snobs (1848), D. J. Taylor brings us a field guide to the modern snob. Short of calling someone a racist or a paedophile, one of the worst charges you can lay at anybody's door in the early twenty-first century is to suggest that they happen to be a snob. But what constitutes snobbishness? Who are the snobs and where are they to be found? Are you a snob? Am I? What are the distinguishing marks? Snobbery is, in fact, one of the keys to contemporary British life, as vital to the backstreet family on benefits as the proprietor of the grandest stately home, and an essential element of their view of who of they are and what the world might be thought to owe them.The New Book of Snobs will take a marked interest in language, the vocabulary of snobbery - as exemplified in the 'U' and 'Non U' controversy of the 1950s - being a particular field in which the phenomenon consistently makes its presence felt, and alternate social analysis with sketches of groups and individuals on the Thackerayan principle. Prepare to meet the Political Snob, the City Snob, the Technology Snob, the Property Snob, the Rural Snob, the Literary Snob, the Working-class Snob, the Sporting Snob, the Popular Cultural Snob and the Food Snob.