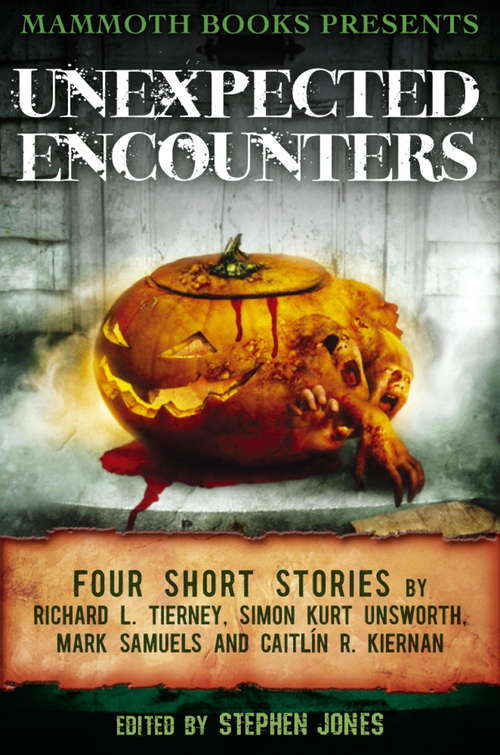 Autumn Chill - Richard L. TierneyInspired by the work of Edgar Allan Poe, H.P. Lovecraft, Donald Wandrei, Robert E. Howard and Frank Belknap Long, Tierney's poetry has been collected in Dreams and Damnations, The Doom Prophet and One Other, the Arkham House volume of Collected Poems, Nightmares and Visions, The Blob That Gobbled Abdul and Other Poems and Songs and Savage Menace and Other Poems of Horror.S.T. Joshi has described Tierney as "one of the leading weird poets of his generation."The Lemon in the Pool - Simon Kurt Unsworth"In the summer of 2009, I went on holiday with my family - the extended version. As well as my wife and son, Wendy and Ben, there were my parents, my sister and her husband, and my mother-in-law all sharing a villa in Moreira, Spain."One of the delights of the holiday was having a private pool, and seeing Ben enjoy himself in the water, where over the course of seven days he learned to swim. Perhaps even more fun was seeing his joy when things started to appear in the pool on a daily basis - a tomato, a lemon, two courgettes, three green chillies."I have no idea where they came from, but I suspect that children in a neighbouring villa were playing a joke on us and Ben loved it. It got to be one of the most exciting things about the holiday, waiting to see what would appear that day. After the appearance of the courgettes, my sister said, 'This'll find its way into one of Simon's stories,' and everyone laughed and someone (I think my mum) said, 'Even he couldn't write a story about this.'"Mum, if it was you that said that, this story is entirely your fault."Losenef Express - Mark SamuelsAbout the story, Mark Samuels explains: "I think most fans of horror will recognise at once the late, great American author upon whom the central character of this tale is based (or, perhaps more accurately, filtered through my imagination).We never met, although I did once catch sight of him across a room at the 1988 World Fantasy Convention in London and, prompted by curiosity, took a hasty, half-obscured photograph."A number of my friends knew him well, and I regret I myself never had the chance to do so. Sadly, I only discovered his brilliant work years after his untimely death."As Red as Red - Caitlín R. Kiernan"I don't know that 'As Red as Red' had any single source of inspiration," says Kiernan. "It coalesced from numerous experiences and accounts of the supernatural in Rhode Island. Also, I very much wanted to write a non-conventional vampire story which was also (and maybe more so) a werewolf story and a ghost story."It's also true that I was just coming off having finished The Red Tree, and, in some ways, 'As Red as Red' is an extended footnote to that novel. I was still trying to get The Red Tree out of my system."