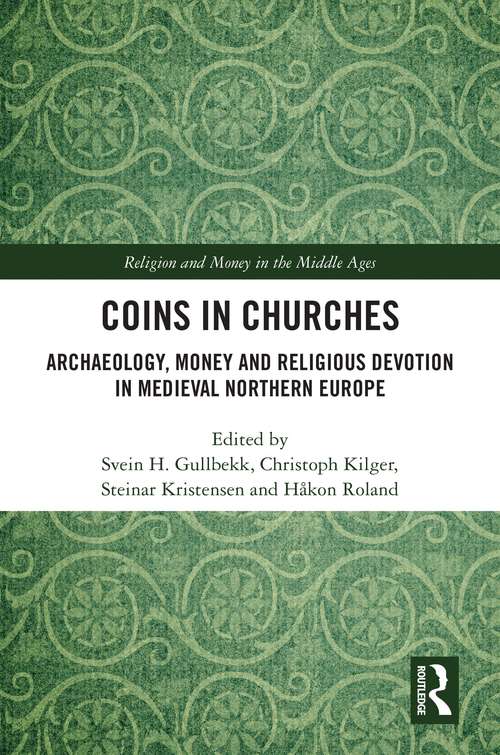 This book focuses on the formative period of Church reform in the Middle Ages in Northern Europe, when the Church paved the way for the development of money economy on its own doorstep.

Church archaeology provides evidence for patterns of monetary use related to liturgy, church architecture and devotional culture through the centuries. This volume encompasses Alpine European evidence, with emphasis on Gotland, Denmark, Norway, Sweden, Finland and Switzerland, which opens up a new field of research on religion and money for an international audience. Based on 100,000 single finds of coins from the 11th to 18th centuries from 650 Scandinavian churches, the volume offers an in-depth discussion of the concepts of ritual, liturgy and devotional uses of money, monetary space and spiritual economy within the framework of Christendom, the medieval church and church architecture.

Written by international scholars, Coins in Churches will be a valuable resource for readers interested in the history of religion, money, the economy, and church architecture in Northern Europe in the Middle Ages.