The Candlelight Movement, Democracy, and Communication in Korea 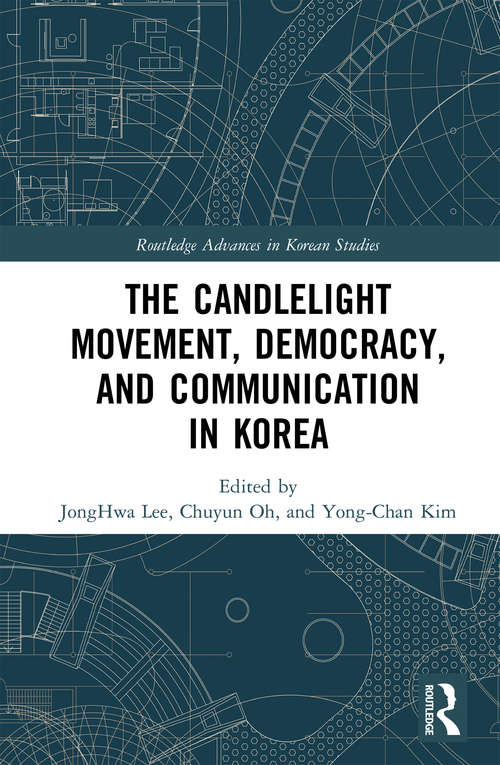 This book examines key features, problems, and implications of the 2016–2017 Candlelight Movement, a historical cornerstone for democracy and social movements in South Korea.

The Candlelight Movement brought profound social changes with important lessons and questions for scholars, practitioners, activists, and the public. To examine the full complexity of the movement, this edited volume utilises wide-ranging methodological and theoretical approaches, which include case study approaches, ethnography, survey, feminist film criticism, critical discourse analysis, and rhetorical criticism. Chapters place ‘communication’ at the centre of their analyses, calling attention to the mediated and mediatised, the performative and other discursive practices of the 2016–2017 Candlelight Movement. In doing so, the book discusses not only the usual players and factors – nor the institutions that exert their influence through democratic politics and the public sphere – but also the counter-public embracing new and social media, collective singing, the body, and performance, as their choice of political media. As such, this volume offers important insights into how communication plays a critical role in forming, moving, and transforming new social movements.

The Candlelight Movement, Democracy, and Communication in Korea will appeal to students and scholars of communication and media studies, political science, sociology, and Korean studies.