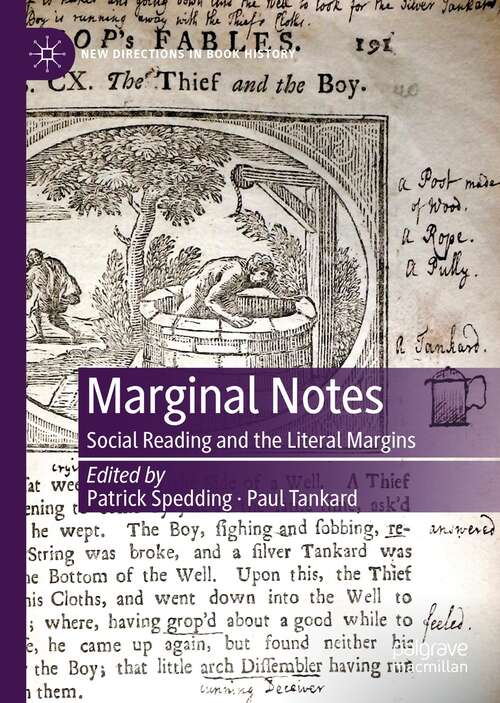 Marginal Notes: Social Reading and the Literal Margins offers an account of literary marginalia based on original research from a range of unique archival sources, from mid-16th-century France to early 20th-century Tasmania. Chapters examine marginal commentary from 17th-century China, 18th-century Britain, and 19th-century America, investigating the reputations, as reflected by attentive readers, of He Zhou, Pierre Bayle, Samuel Johnson, Thomas Warton, and Sir Walter Scott. The marginal writers include Jacques Gohory, Mary Astell, Hester Thrale, Herman Melville, the young daughters of the Broome family in Gloucestershire, and the patrons of the library of the Huon Mechanics’ Institute, Tasmania. Though marginalia is often proscribed and frequently hidden or overlooked, the collection reveals the enduring power of marginalia, concluding with studies of the ethics of annotation and the resurrected life of marginalia in digital environments.