Africa and the Formation of the New System of International Relations 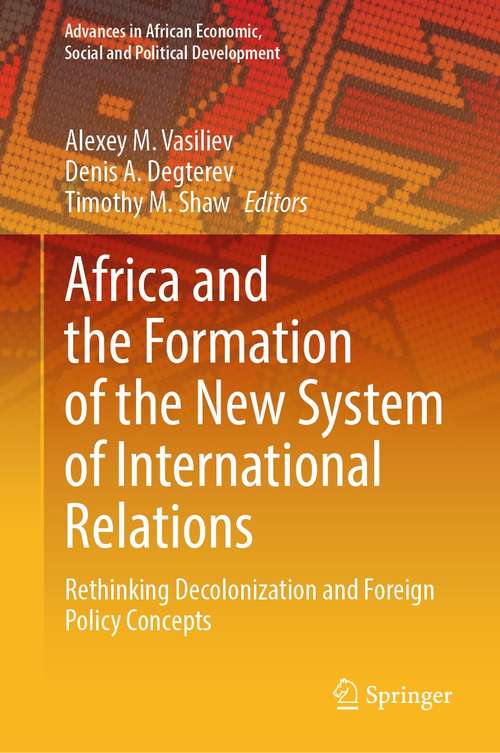 This book discusses the prospects for the development of the African continent as part of the emerging system of international relations in the twenty-first century. African countries are playing an increasingly important part in the current system of international relations. Nevertheless, even 60 years after gaining their independence, most of them are confronted with regional and global issues that are directly related to their colonial past and its influence. Due to Africa’s wealth of natural and geopolitical resources, the possibility of interference in the internal affairs of African countries on the part of new and traditional global actors remains very real.

“This book presents a wide range of prominent global scholars who bring a wealth of knowledge on the subject of Africa and the world.”

Gilbert Khadiagala, Jan Smuts Professor of International Relations and Director of the African Centre for the Study of the USA (ACSUS) at the University of the Witwatersrand, Johannesburg, South Africa.

“As a genuine contribution to the field of international relations and Global South Agency, this book should be in every institution of higher education’s library.”