Urban Disorder and the Shape of Belief 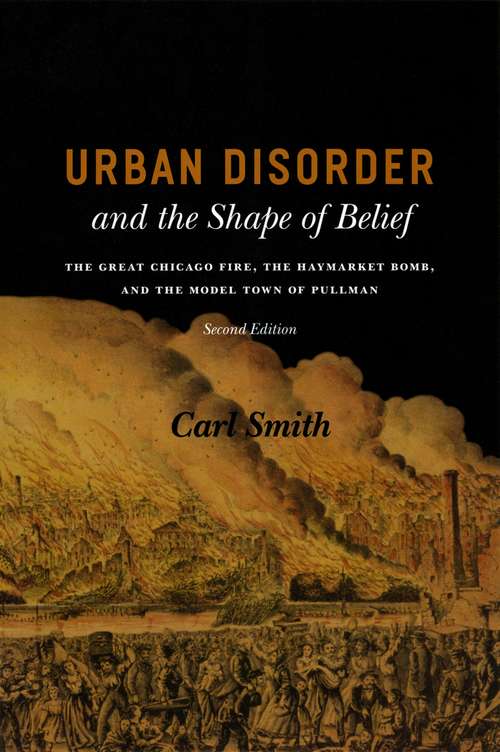 The Great Chicago Fire of 1871, the Haymarket bombing of 1886, and the making and unmaking of the model town of Pullman—these remarkable events in what many considered the quintessential American city forced people across the country to confront the disorder that seemed inevitably to accompany urban growth and social change.

In Urban Disorder and the Shape of Belief, Carl Smith explores the imaginative dimensions of these events as he traces the evolution of interconnected beliefs and actions that increasingly linked city, disorder, and social reality in the minds of Americans. Examining a remarkable range of writings and illustrations, as well as protests, public gatherings, trials, hearings, and urban reform and construction efforts, Smith argues that these three events—and the public awareness of them—not only informed one another, but collectively shaped how Americans understood, and continue to understand, Chicago and modern urban life.

This classic of urban cultural history is updated with a foreword by the author that expands our understanding of urban disorder to encompass such recent examples as Hurricane Katrina, the Oklahoma City Bombing, and 9/11.

Copyright:
2007 The University of Chicago