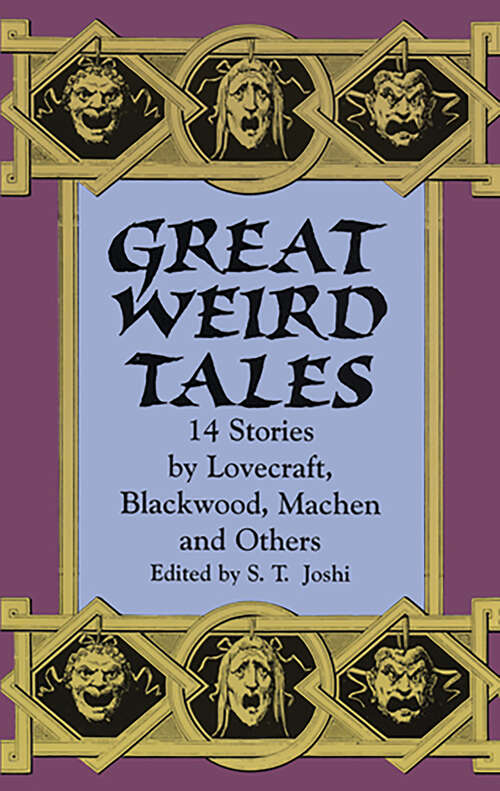 Weird tales -- exquisitely chilling works of fiction dealing with supernatural horrors, fantasy, and pseudo-science -- became an established genre with the enduring masterpieces of Edgar Allan Poe. The 14 spellbinding stories assembled in this outstanding collection are by later writers, who produced a great outpouring of weird fiction in the "Golden Age" of the genre, between 1880 and 1940.Included in this treasury are "The Sin Eater," by Fiona McLeod, a wild Celtic fantasy about a grotesque ritual; Algernon Blackwood's "The Man Whom the Trees Loved," in which a man's spirit is ultimately absorbed by the trees surrounding his estate: "The Eye Above the Mantel," by Frank Belknap Long, a sonorous prose-poem demonstrating the effects of verbal witchery; "Facts Concerning the Late Arthur Jermyn and His Family," by H. P. Lovecraft, which ingeniously fuses conventional supernaturalism with science fiction; as well as absorbing works by such masters as Ambrose Bierce, Ralph Adams Cram, William Hope Hodgson, F. Marion Crawford, Lord Dunsany, M. P. Shiel, R. H. Barlow, Arthur Machen, W. C. Morrow, and Fitz-James O'Brien.Edited by occult fiction expert S. T. Joshi, who has also written an illuminating introduction, these gripping tales will transport lovers of ghost stories and devotees of supernatural fiction to terrifying realms of the unknown.