Riders of the Steppes 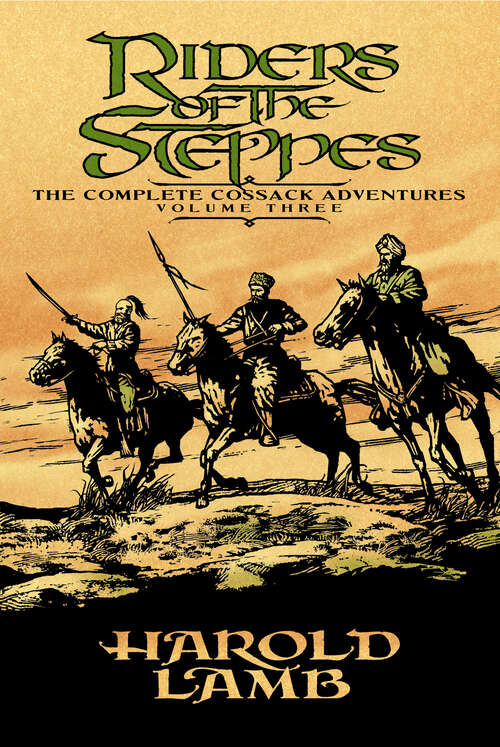 A master of driving pace, exotic setting, and complex plotting, Harold Lamb was one of Robert E. Howard's favorite writers. Here at last is every pulse-pounding, action-packed story of Lamb's greatest hero, Khlit the Cossack, the “wolf of the steppes.” Journey with the unsung grandfather of sword and sorcery in search of ancient tombs, gleaming treasure, and thrilling landscapes.  Match wits with deadly swordsmen, scheming priests, and evil cults. Rescue lovely damsels, ride with bold comrades, and hazard everything on your brains, skill, and a little luck. This four-volume set collects for the first time the complete Cossack stories of Harold Lamb: every adventure of Khlit the Cossack and those of his friends, allies, and fellow Cossacks, many of which have never appeared between book covers. Compiled and edited by the Harold Lamb scholar Howard Andrew Jones, each volume features essays Lamb wrote about his stories, an informative introduction by a popular author, and a wealth of rare, exciting, swashbuckling fiction. In this third volume, the wily old Cossack Khlit may have aged but he's lost none of his guile. He shepherds his dashing grandson Kirdy into one adventure after another, finally uniting with his allies Ayub and Demid in the climactic story White Falcon—out of print since the 1920s. Here too are the exploits of Ayub and Demid, risking all to safeguard the perilous Russian border from marauding Turks, Tatars, and even bloodthirsty Russian nobles.

Copyright:
2007 Board of Regents of the University of Nebraska