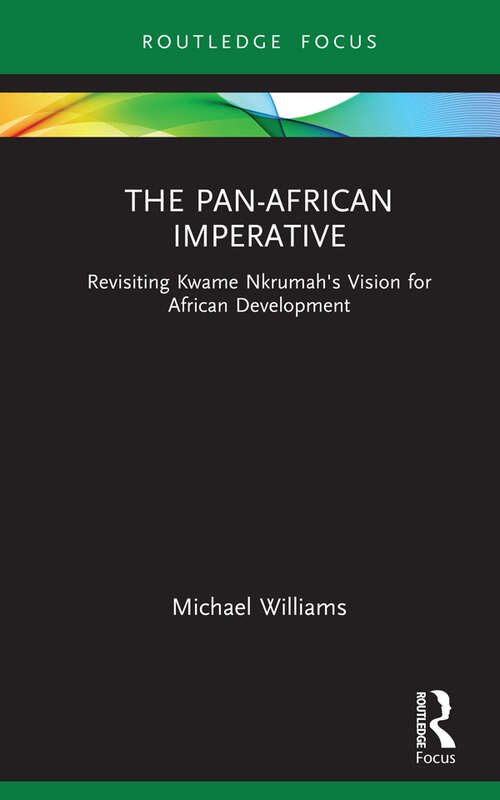 This book argues that the principles of Pan-Africanism are more important than ever in ensuring the liberation of the people Africa, those at home and abroad, and the rapid development of the African continent.

The writings and practice of Osagyefo Dr. Kwame Nkrumah, Ghana’s first post-independence prime minister and president, were key in laying out a vision for post-independence Africa. Now, in an effort to counter the deluge of neo-liberal thinking that has engulfed so much of the debate on African development in recent decades, Michael Williams illuminates just how important a role an Nkrumaist intellectual framework can play in providing an accurate diagnosis of, and effective solution to, Africa’s development crisis. This is done by examining Nkrumah’s vision of the critical role Pan-Africanism must play in the development of the continent.

Raising vitally important questions about Africa’s development and the quality of life of its populations, this book will be a key text for researchers of African politics, development studies, and the Pan-African movement.