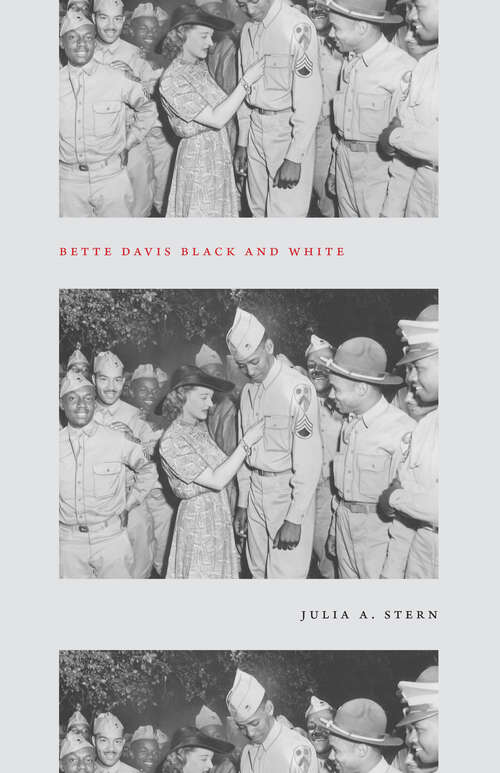 Bette Davis was not only one of Hollywood’s brightest stars, but also one of its most outspoken advocates on matters of race. In Bette Davis Black and White, Julia A. Stern explores this largely untold facet of Davis’s brilliant career.

Bette Davis Black and White analyzes four of Davis’s best-known pictures—Jezebel (1938), The Little Foxes (1941), In This Our Life (1942), and What Ever Happened to Baby Jane? (1962)—against the history of American race relations. Stern also weaves in memories of her own experiences as a young viewer, coming into racial consciousness watching Davis’s films on television in an all-white suburb of Chicago.

Davis’s egalitarian politics and unique collaborations with her Black costars offer Stern a window into midcentury American racial fantasy and the efforts of Black performers to disrupt it. This book incorporates testimony from Davis’s Black contemporaries, including James Baldwin and C. L. R. James, as well as the African American fans who penned letters to Warner Brothers praising Davis’s work. A unique combination of history, star study, and memoir, Bette Davis Black and White allows us to contemplate cross-racial spectatorship in new ways.