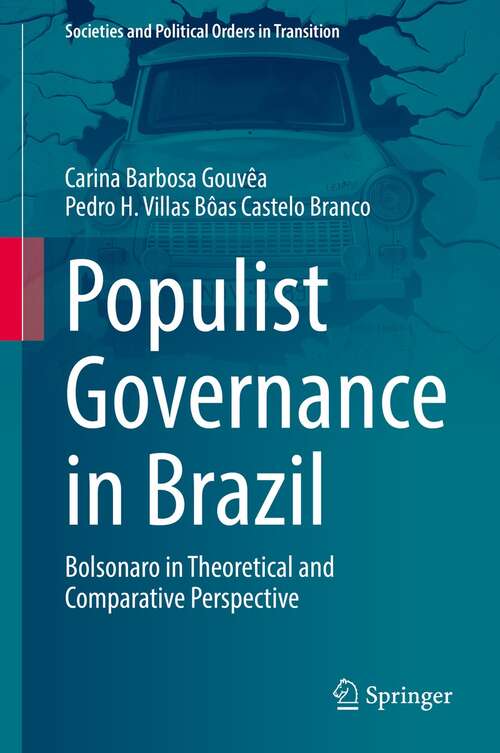 This book addresses the field of populisms from a contemporary perspective. The book brings a conceptual, qualitative, culturally sensitive and transformative approach to containing populist governance. The authors set out not only examine and compile the most varied conceptual definitions, but also present a theoretical definition in which they recognize a myriad of variable properties of populisms which are strategies commonly used in specific political contexts.

Furthermore, with its own methodology, the book shows the use of a working method whose analysis was designed to apply the definition of populism applicable in any national context and answer the following hypothesis: the political and normative actions undertaken in the political system could be characterized as a populist movement in its formal and/or informal aspects, directly or indirectly? In this perspective, variable properties are attributes that allow to establish a traceable relationship through a set of specific indicators for its operationalization and empirical tests.

The book also applies the definition of populisms in the political and normative actions undertaken by Jair Messias Bolsonaro in Brazil, presenting an extensive repertoire of mechanisms which understanding could contribute to contain populism, with the proper adaptations to the characteristics of each context.

Reading Populisms will certainly contribute to the readers having more conceptual tools to analyze this global phenomenon that threatens the building of democratic constitutionalism as well as to understand how the growth of populism is associated with the weaknesses of liberal democracy.