Paths of Development in the Southern Cone 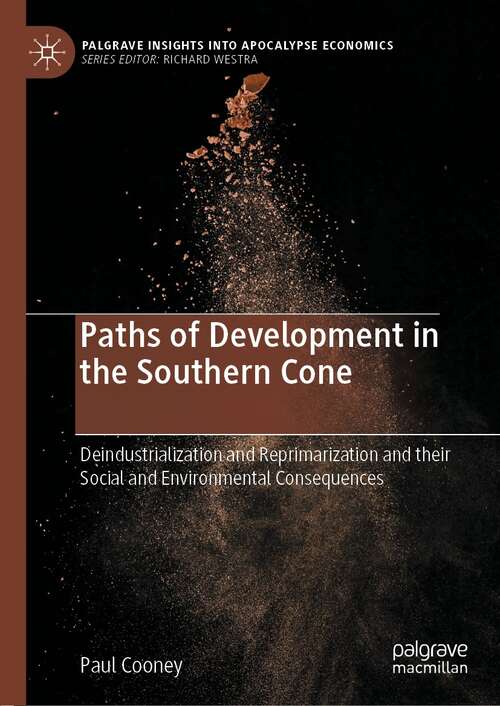 This book analyzes the recent development paths pursued by progressivegovernments in Argentina and Brazil, namely deindustrialization andreprimarization, and the social and environmental consequences thereof. A keypart of understanding the trajectories in both Argentina and Brazil has been therole played by international institutions, especially the IMF and WTO, and also,the ever-growing hegemony of transnational corporations in the global economyand as a result, significantly limiting the possibilities of genuine development forlocal populations. Two major issues which extend beyond Latin America are: the expansion ofgenetically modified crops and agrotoxics and the concern for global food securityand sovereignty; second, how reprimarization, associated with mining, cattle, soyand petroleum, has been key in leading to the risk of desertification in theArgentine pampas and also causing deforestation in the Amazon Rain forest,described as the lungs of the planet, and thus has major implications for climatechange for the planet as a whole. In addition, this book engages with a number of theoretical issues: developmentand dependency in the periphery: neoliberal globalization, accumulation bydispossession, ecological and environmental debates and the role of extractivismand rent. This book is aimed for both academics, activists and those politicallymotivated to analyze, understand and push for social change from a criticalperspective, and also, those interested in a radical analysis of paths ofdevelopment, dependency and socioenvironmental issues in Latin America today.