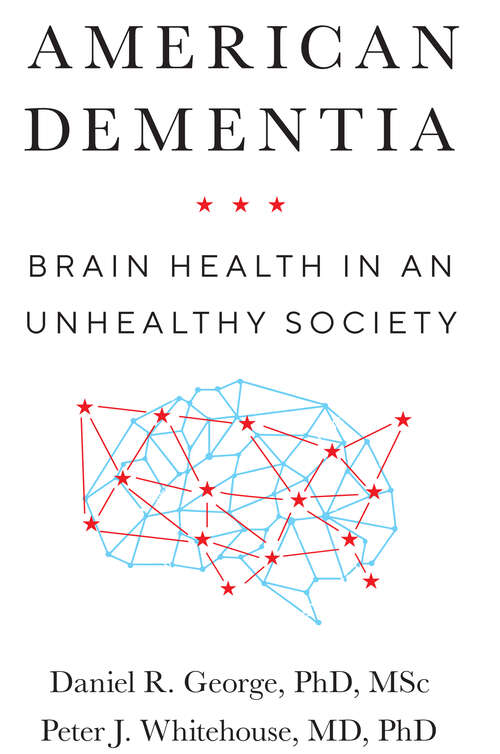 Have the social safety nets, environmental protections, and policies to redress wealth and income inequality enacted after World War II contributed to declining rates of dementia today—and how do we improve brain health in the future?For decades, researchers have chased a pharmaceutical cure for memory loss. But despite the fact that no disease-modifying biotech treatments have emerged, new research suggests that dementia rates have actually declined in the United States and Western Europe over the last decade. Why is this happening? And what does it mean for brain health in the future?In American Dementia, Daniel R. George, PhD, MSc, and Peter J. Whitehouse, MD, PhD, argue that the current decline of dementia may be strongly linked to mid–twentieth century policies that reduced inequality, provided widespread access to education and healthcare, and brought about cleaner air, soil, and water. They also• explain why Alzheimer's disease, an obscure clinical label until the 1970s, is the hallmark illness of our current hyper-capitalist era;• reveal how the soaring inequalities of the twenty-first century—which are sowing poverty, barriers to healthcare and education, loneliness, lack of sleep, stressful life events, environmental exposures, and climate change—are reversing the gains of the twentieth century and damaging our brains;• tackle the ageist tendencies in our culture, which disadvantage both vulnerable youth and elders;• make an evidence-based argument that policies like single-payer healthcare, a living wage, and universal access to free higher education and technical training programs will build collective resilience to dementia;• promote strategies that show how local communities can rise above the disconnection and loneliness that define our present moment and come together to care for our struggling neighbors.Ultimately, American Dementia asserts that actively remembering lessons from the twentieth century which help us become a healthier, wiser, and more compassionate society represents our most powerful intervention for preventing Alzheimer's and protecting human dignity. Exposing the inconvenient truths that confound market-based approaches to memory enhancement as well as broader social organization, the book imagines how we can act as citizens to protect our brains, build the cognitive resilience of younger generations, and rise to the moral challenge of caring for the cognitively frail.