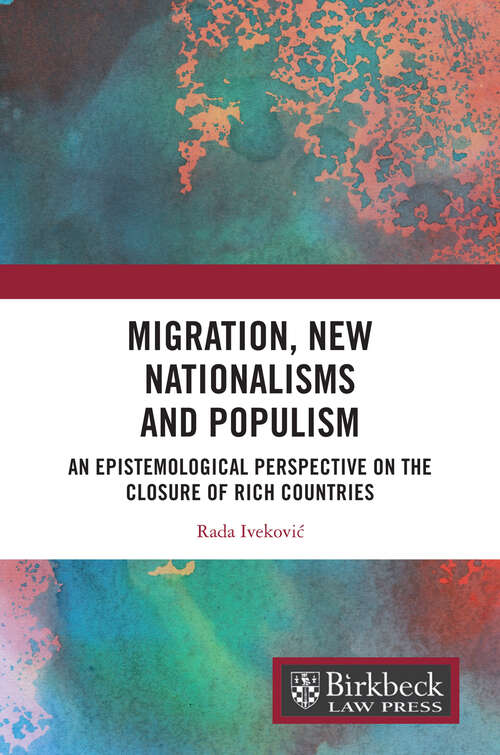 This book examines the antagonistic relationship between new European nationalisms as these often go hand-in-hand with populism, and the phenomenon of migration.

Migration has become a significant issue both in Europe and the whole world. Although it has always existed, much of public opinion sees it now as a problem. The latter has been exaggerated through a crisis in hospitality exacerbated by the relatively recently constructed and misplaced feeling of a civilisational threat from islam. Migration is then countered by the escalation of new nationalisms, at least some of which are supported by populism. This book offers an understanding of this conjunction of migration and nationalism in the post-cold war European context. More specifically, the book takes up how the end of the simplified cold war cognitive binary means an unprecedented epistemological confusion and depoliticisation which takes migration as its target, but could resort to other targets too. Discussing the postcolonial background to the new migrations, the book also considers womens' rights, postsocialism and the relevance of the current pandemic, as the issue of migration is addressed in the context of the European crisis-ridden present.

This wide-ranging interrogation of how contemporary European migration is conceived and understood will appeal to students, academics, activists, policy makers, and others with interests in contemporary migration, new nationalisms, populism, feminism, colonial, postcolonial, and decolonial issues, as well as socialism and postsocialism.