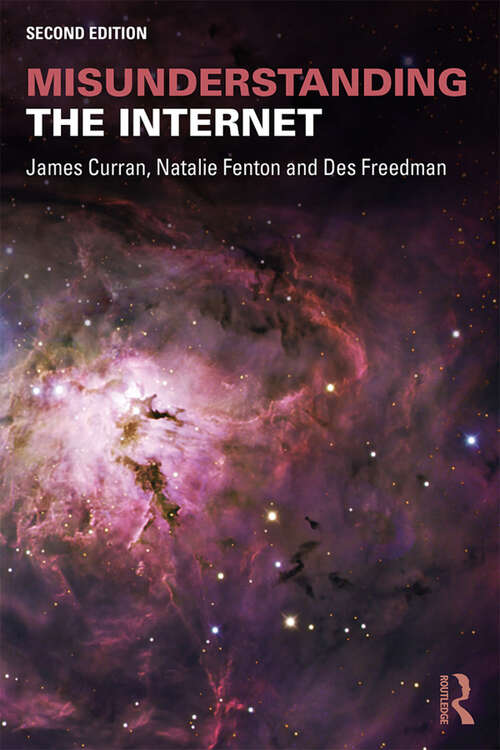 The growth of the internet has been spectacular. There are now more than 3 billion internet users across the globe, some 40 per cent of the world’s population. The internet’s meteoric rise is a phenomenon of enormous significance for the economic, political and social life of contemporary societies.

However, much popular and academic writing about the internet continues to take a celebratory view, assuming that the internet’s potential will be realised in essentially positive and transformative ways. This was especially true in the euphoric moment of the mid-1990s, when many commentators wrote about the internet with awe and wonderment. While this moment may be over, its underlying technocentrism – the belief that technology determines outcomes – lingers on and, with it, a failure to understand the internet in its social, economic and political contexts.

Misunderstanding the Internet is a short introduction, encompassing the history, sociology, politics and economics of the internet and its impact on society. This expanded and updated second edition is a polemical, sociologically and historically informed guide to the key claims that have been made about the online world. It aims to challenge both popular myths and existing academic orthodoxies that surround the internet.