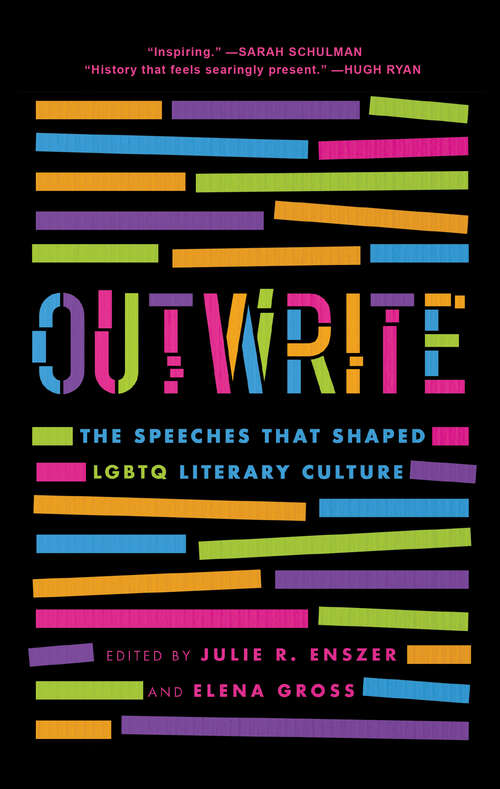 Running from 1990 to 1999, the annual OutWrite conference played a pivotal role in shaping LGBTQ literary culture in the United States and its emerging canon. OutWrite provided a space where literary lions who had made their reputations before the gay liberation movement—like Edward Albee, John Rechy, and Samuel R. Delany—could mingle, network, and flirt with a new generation of emerging queer writers like Tony Kushner, Alison Bechdel, and Sarah Schulman.

This collection gives readers a taste of this fabulous moment in LGBTQ literary history with twenty-seven of the most memorable speeches from the OutWrite conference, including both keynote addresses and panel presentations. These talks are drawn from a diverse array of contributors, including Allen Ginsberg, Judy Grahn, Essex Hemphill, Patrick Califia, Dorothy Allison, Allan Gurganus, Chrystos, John Preston, Linda Villarosa, Edmund White, and many more.

OutWrite offers readers a front-row seat to the passionate debates, nascent identity politics, and provocative ideas that helped animate queer intellectual and literary culture in the 1990s. Covering everything from racial representation to sexual politics, the still-relevant topics in these talks are sure to strike a chord with today’s readers.