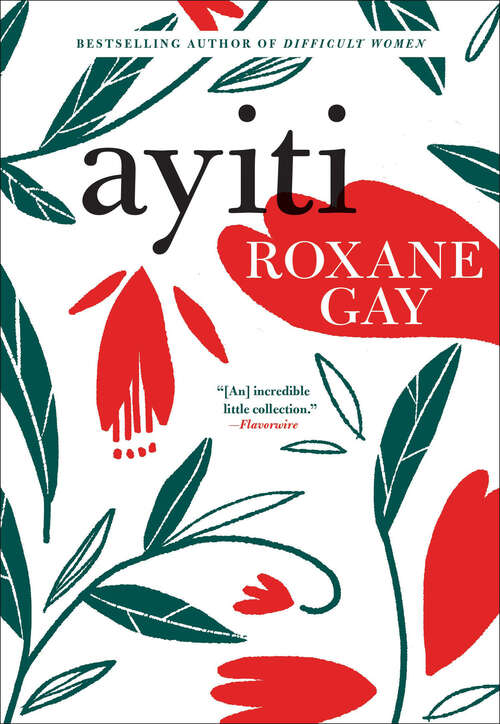 From the New York Times–bestselling author of Hunger and Bad Feminist, a powerful short story collection exploring the Haitian diaspora experience.In Ayiti, a married couple seeking boat passage to America prepares to leave their homeland. A young woman procures a voodoo love potion to ensnare a childhood classmate. A mother takes a foreign soldier into her home as a boarder, and into her bed. And a woman conceives a daughter on the bank of a river while fleeing a horrific massacre, a daughter who later moves to America for a new life but is perpetually haunted by the mysterious scent of blood. Roxane Gay is an award-winning literary voice praised for her fearless and vivid prose, and her debut collection Ayiti exemplifies the raw talent that made her “one of the voices of our age” (National Post, Canada).Praise for Ayiti“Highly dimensioned characters and unforgettable moments. . . . Dismantling the glib misconceptions of her complex ancestral home, Gay cuts and thrills. Readers will find her powerful first book difficult to put down.” —Booklist“The themes explored in Gay’s nonfiction, such as the transactional nature of violence and the ways in which stereotypes of poverty add another layer of dehumanization, are just as potent here. Even her more lyrical mode is filtered through a keen sense of the lost promise of one country and the blinkered privilege of the other. It’s Gay’s unflinching directness—the sense that her characters are in the room with you, telling it like it is—that makes her irresistible.” —Vogue“A set of brief, tart stories mostly set amid the Haitian-American community and circling around themes of violation, abuse, and heartbreak . . . This book set the tone that still characterizes much of Gay’s writing: clean, unaffected, allowing the (often furious) emotions to rise naturally out of calm, declarative sentences. That gives her briefest stories a punch even when they come in at two pages or fewer, sketching out the challenges of assimilation in terms of accents, meals, or ‘What You Need to Know About a Haitian Woman’. . . . This debut amply contains the righteous energy that drives all her work.” —Kirkus Reviews