An Empire of Print 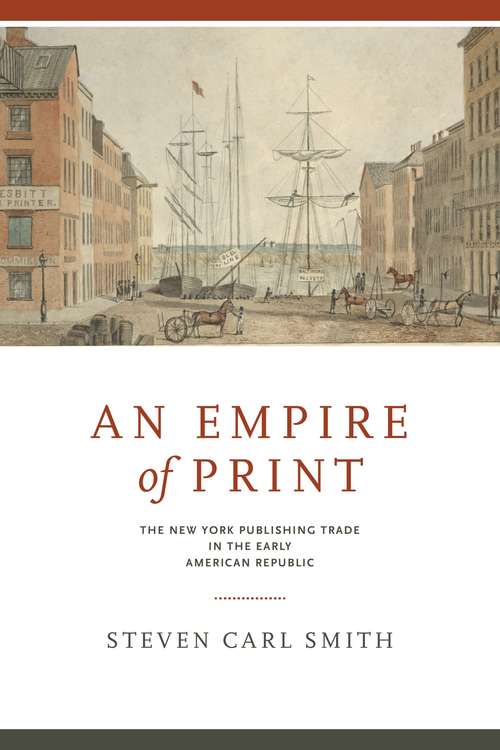 Home to the so-called big five publishers as well as hundreds of smaller presses, renowned literary agents, a vigorous arts scene, and an uncountable number of aspiring and established writers alike, New York City is widely perceived as the publishing capital of the United States and the world. This book traces the origins and early evolution of the city’s rise to literary preeminence. Through five case studies, Steven Carl Smith examines publishing in New York from the post–Revolutionary War period through the Jacksonian era. He discusses the gradual development of local, regional, and national distribution networks, assesses the economic relationships and shared social and cultural practices that connected printers, booksellers, and their customers, and explores the uncharacteristically modern approaches taken by the city’s preindustrial printers and distributors. If the cultural matrix of printed texts served as the primary legitimating vehicle for political debate and literary expression, Smith argues, then deeper understanding of the economic interests and political affiliations of the people who produced these texts gives necessary insight into the emergence of a major American industry. Those involved in New York’s book trade imagined for themselves, like their counterparts in other major seaport cities, a robust business that could satisfy the new nation’s desire for print, and many fulfilled their ambition by cultivating networks that crossed regional boundaries, delivering books to the masses.A fresh interpretation of the market economy in early America, An Empire of Print reveals how New York started on the road to becoming the publishing powerhouse it is today.