The Hidden Life of Life 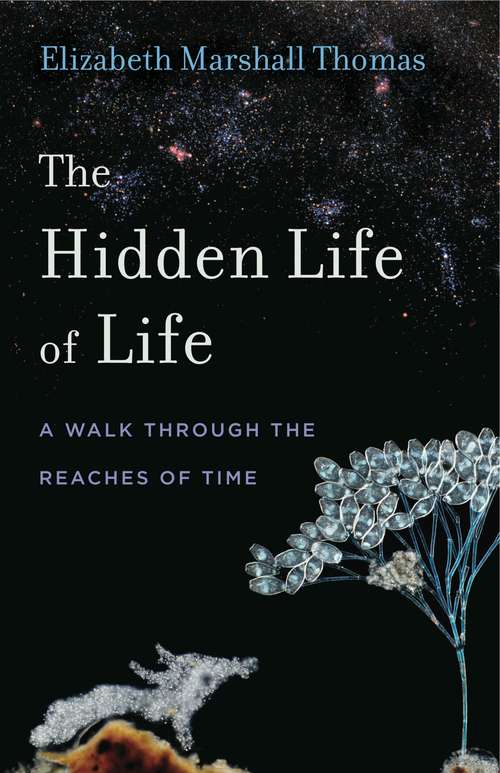 An iconoclast and best-selling author of both nonfiction and fiction, Elizabeth Marshall Thomas has spent a lifetime observing, thinking, and writing about the cultures of animals such as lions, wolves, dogs, deer, and humans. In this compulsively readable book, she provides a plainspoken, big-picture look at the commonality of life on our planet, from the littlest microbes to the largest lizards.Inspired by the idea of symbiosis in evolution—that all living things evolve in a series of cooperative relationships—Thomas takes readers on a journey through the progression of life. Along the way she shares the universal likenesses, experiences, and environments of “Gaia’s creatures,” from amoebas in plant soil to the pets we love, from proud primates to Homo sapiens hunter-gatherers on the African savanna. Fervently rejecting “anthropodenial,” the notion that nonhuman life does not share characteristics with humans, Thomas instead shows that paramecia can learn, plants can communicate, humans aren’t really as special as we think we are—and that it doesn’t take a scientist to marvel at the smallest inhabitants of the natural world and their connections to all living things.A unique voice on anthropology and animal behavior, Thomas challenges scientific convention and the jargon that prevents us all from understanding all living things better. This joyfully written book is a fascinating look at the challenges and behaviors shared by creatures from bacteria to larvae to parasitic fungi, a potted hyacinth to the author herself, and all those in between.