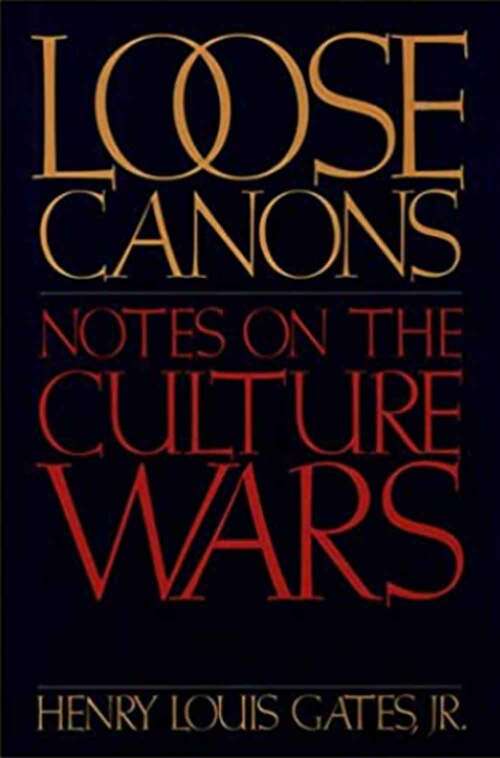 Multiculturalism. It has been the subject of cover stories in Time and Newsweek , as well as numerous articles in newspapers and magazines around America. It has sparked heated jeremiads by George Will, Dinesh D'Sousa, and Roger Kimball. It moved William F. Buckley to rail against Stanley Fish and Catherine Stimpson on "Firing Line." It is arguably the most hotly debated topic in America today--and justly so. For whether one speaks of tensions between Hasidim and African-Americans in Crown Heights, or violent mass protests against Moscow in ethnic republics such as Armenia, or outright war between Serbs and Croats in Yugoslavia, it is clear that the clash of cultures is a worldwide problem, deeply felt, passionately expressed, always on the verge of violent explosion.

Problems of this magnitude inevitably frame the discussion of "multiculturalism" and "cultural diversity" in the American classroom as well. In Loose Canons , one of America's leading literary and cultural critics, Henry Louis Gates, Jr., offers a broad, illuminating look at this highly contentious issue. Gates agrees that our world is deeply divided by nationalism, racism, and sexism, and argues that the only way to transcend these divisions--to forge a civic culture that respects both differences and similarities--is through education that respects both the diversity and commonalities of human culture. His is a plea for cultural and intercultural understanding. (You can't understand the world, he observes, if you exclude 90 percent of the world's cultural heritage.)

We feel his ideas most strongly voiced in the concluding essay in the volume, "Trading on the Margin." Avoiding the stridency of both the Right and the Left, Gates concludes that the society we have made simply won't survive without the values of tolerance, and cultural tolerance comes to nothing without cultural understanding. Henry Louis Gates is one of the most visible and outspoken figures on the academic scene, the subject of a cover story in The New York Times Sunday Magazine and a major profile in The Boston Globe , and a much sought-after commentator. And as one of America's foremost advocates of African-American Studies (he is head of the department at Harvard), he has reflected upon the varied meanings of multiculturalism throughout his professional career, long before it became a national controversy.

What we find in these pages, then, is the fruit of years of reflection on culture, racism, and the "American identity," and a deep commitment to broadening the literary and cultural horizons of all Americans.