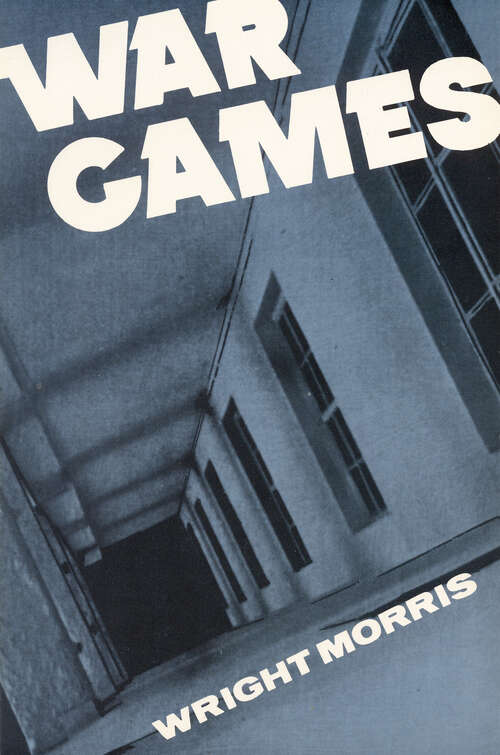 Written twenty years before it was first published in 1972, War Games features both black and charcoal-gray humor, whose characters and events are as unpredictable as they are absorbing--a book, in the author's words, "where the extremity of the bizarre is seen as the ultimate effort to change oneself, if not the world." At the center of the novel is the developing relationship between the protagonist, a fifty-three-year-old army colonel, and a Viennese immigrant whom he first knows as Mrs. Tabori and whose story he has learned through a dying amputee, Human Kopfman. Themes and characters that first appear in War Games reappear in The Field of Vision and Ceremony in Lone Tree. In the preface to this edition, Wright Morris describes the genesis of the book in 1951 and comments on its connections with his late work: "War Games may well prove to be the seedbed of much more in my fiction than I am aware, since it was the first turning of earth more than twenty years buried. My novels are linked in this manner, but sometimes at odds with the chronology of publication. In the absence of War Games, many clues to the fiction that followed were missing. . . . "[This novel] seems to me darkly somber, a book of interiors, dimly lighted streets, hallways and lobbies, with glimpses of objects and colors that emerge in subdued lighting. I'd like to think that my readers, both new and old, will find the world of the Colonel and Mrs. Tabori relevant to the one in which they are living."