The Origins of the First World War 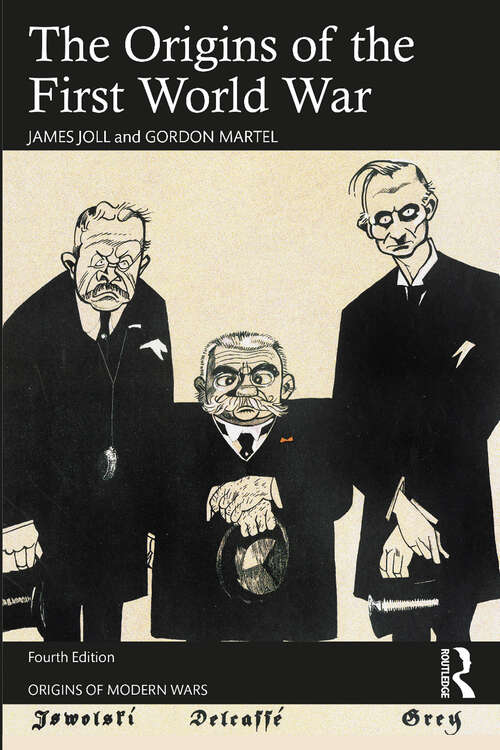 This thoroughly revised edition has been updated to incorporate recent case studies, biographies, syntheses, journal articles and scholarly conferences that appeared in conjunction with the centenary of the outbreak of the First World War in 2014.

The original version of this work, published by James Joll in 1984, quickly became established as the authoritative introduction to the subject of the war’s origins. Significantly expanded by Gordon Martel in 2007, this volume continues to offer a careful, clear, and comprehensive evaluation of the multitude of explanations advanced to explain the causes of the cataclysm of 1914, addressing each of the major interpretive approaches to the subject, with essay-like chapters addressing the alliance system, militarism and strategy, the international economy, imperial rivalries, the role of domestic politics and the ‘mood’ of 1914. This edition offers an extensive new introduction, a new conclusion (including ‘ten fateful choices’ that led to war), an entirely new chapter on the July Crisis, and a vastly expanded Guide to Further Reading.

Covering over a century of controversy and scholarship, The Origins of the First World War is a valuable resource for all students and scholars interested in this major conflict.