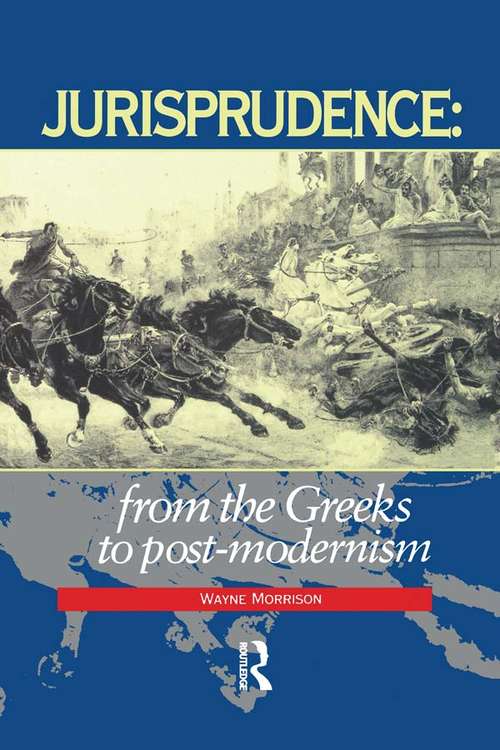 This challenging book on jurisprudence begins by posing questions in the post-modern context,and then seeks to bridge the gap between our traditions and contemporary situation.

It offers a narrative encompassing the birth of western philosophy in the Greeks and moves through medieval Christendom, Hobbes, the defence of the common law with David Hume, the beginnings of utilitarianism in Adam Smith, Bentham and John Stuart Mill, the hope for enlightenment with Kant, Rousseau, Hegel and Marx, onto the more pessimistic warnings of Weber and Nietzsche.

It defends the work of Austin against the reductionism of HLA Hart, analyses the period of high modernity in the writings of Kelsen, Hart and Fuller, and compares the different approaches to justice of Rawls and Nozick.

The liberal defence of legality in Ronald Dworkin is contrasted with the more disillusioned accounts of the critical legal studies movement and the personalised accounts of prominent feminist writers.