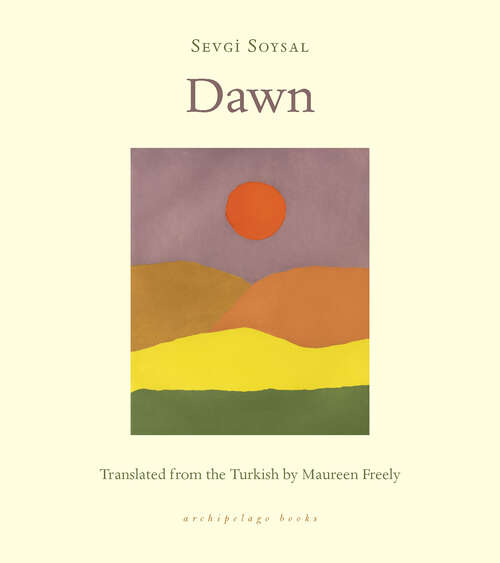 A searing autobiographical novel about a single night in prison suggests how broken spirits can be mended, and dreams rebuilt through imagination and human kindness&“Like Pamuk&’s Snow, Dawn is the Turkish tragedy writ small. In contrast to Snow, it places gender at its heart.&”  --Maureen FreelyIn Dawn, translated into English for the first time, legendary Turkish feminist Sevgi Soysal brings together dark humor, witty observations, and trenchant criticism of social injustice, militarism, and gender inequality. As night falls in Adana, köftes and cups of cloudy raki are passed to the dinner guests in the home of Ali – a former laborer who gives tight bear hugs, speaks with a southeastern lilt, and radiates the spirit of a child. Among the guests are a journalist named Oya, who has recently been released from prison and is living in exile on charges of leftist sympathizing, and her new acquaintance, Mustafa. A swift kick knocks down the front door and bumbling policemen converge on the guests, carting them off to holding cells, where they&’ll be interrogated and tortured throughout the night. Fear spools into the anxious, claustrophobic thoughts of a return to prison, just after tasting freedom. Bristling snatches of Oya&’s time in prison rush back – the wild curses and wilder laughter of inmates, their vicious quarrels and rapturous belly-dancing, or the quiet boon of a cup of tea. Her former inmates created fury and joy out of nothing. Their brimming resilience wills Oya to fight through the night and is fused with every word of this blazing, lucid novel.