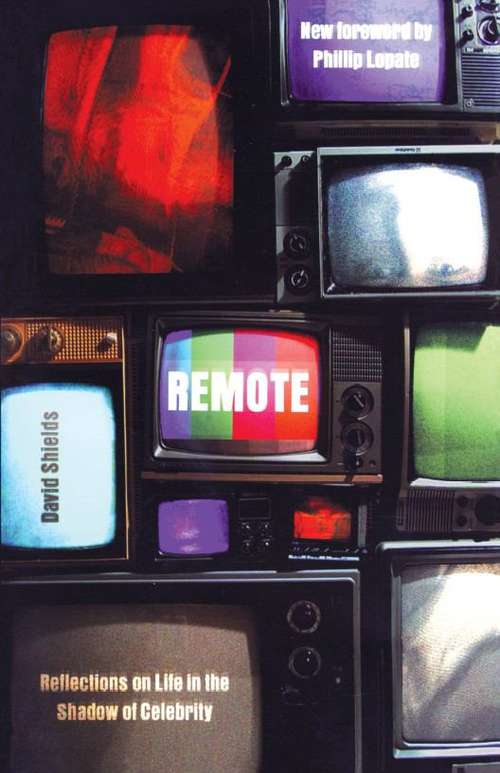 In this truly one-of-a-kind book, the author/narrator--a representative, in extremis, of contemporary American obsession with beauty, celebrity, transmitted image--finds himself suspended, fascinated, in the remoteness of our wall-to-wall mediascape. It is a remoteness that both perplexes and enthralls him.

Through dazzling sleight of hand in which the public becomes private and the private becomes public, the entire book-clicking from confession to family-album photograph to family chronicle to sexual fantasy to pseudo-scholarly footnote to reportage to personal essay to stand-up comedy to cultural criticism to literary criticism to film criticism to prose-poem to litany to outtake-becomes both an anatomy of American culture and a searing self-portrait.

David Shields reads his own life--reads our life--as if it were an allegory about remoteness and finds persuasive, hilarious, heartbreaking evidence wherever he goes.