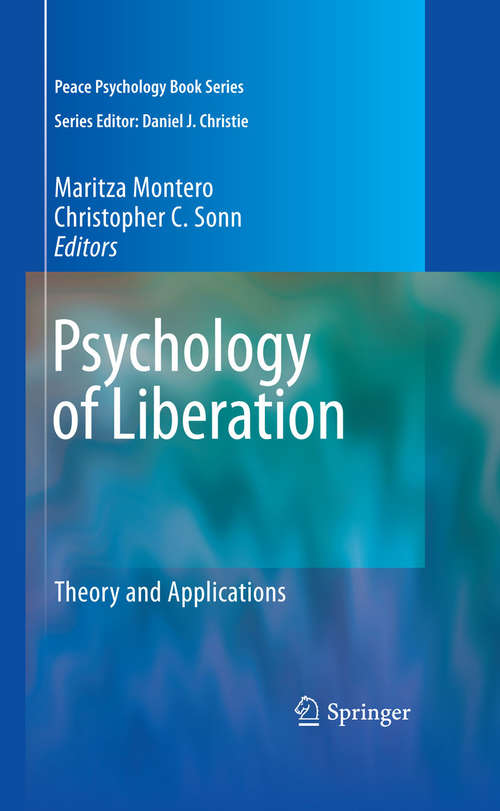 Since the mid-1980s, the psychology of liberation movement has been a catalyst for collective and individual change in communities throughout Latin America, and beyond; and recent political developments are making its powerful, transformative ideas more relevant than ever before. Psychology of Liberation: Theory and Applications updates the activist frameworks developed by Ignacio Martin-Baro and Paulo Freire with compelling stories from the frontlines of conflict in the developing and developed worlds, as social science and psychological practice are allied with struggles for peace, justice, and equality.

In these chapters, liberation is presented as both an ongoing process and a core dimension of wellbeing, entailing the reconstruction of social identity and the transformation of all parties involved, both oppressed and oppressors. It also expands the social consciousness of professionals, bringing more profound meaning to practice and enhancing related areas such as peace psychology, as shown in articles such as these:

Philippines: the role of liberation movements in the transition to democracy.

Venezuela: liberation psychology as a therapeutic intervention with street youth.

Muslim world: religion, the state, and the gendering of human rights.

Colombia: building cultures of peace from the devastation of war.

Psychology of Liberation demonstrates the commitment to overcome social injustices and oppression. The book is a critical resource for social and community psychologists as well as policy analysts. It can also be used as a text for graduate courses in psychology, sociology, social work and community studies.