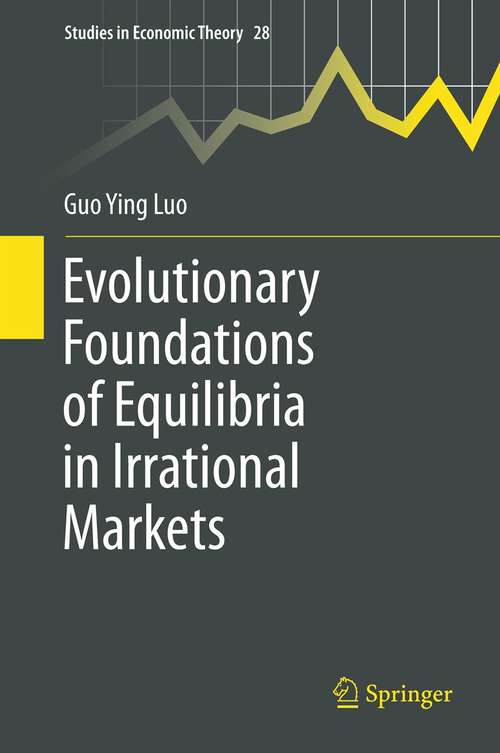 One of the core building blocks of traditional economic theory is the concept of equilibrium, a state of the world in which economic forces are balanced and in the absence of external influences the values of economic variables remain static. Many traditional equilibrium models, or equilibria, are established based on the rational behavior of individuals within financial markets, such as traders, market analysts, and investing firms, and their ability to maximize profits, no matter the cost. Yet what happens when these market participants behave in an irrational manner, and how does this impact economic equilibria? Contemporary economists have agreed that a process similar to Darwin's Theory of Natural Selection takes over, whereby equilibria are shaped not by the behavior of individual participants but by an environment outside its control (i.e., an environment with little concern for maximizing profits). It is an environment in which those "selected" produce positive financial gains, but have no regard for how it was obtained or underlying motivations--and those participants suffering losses disappear altogether.

Evolutionary Foundations of Equilibria in Irrational Markets proves traditional economic equilibria continue to occur despite natural selection in irrational markets. It covers a wide sampling of equilibria under various scenarios, and each chapter addresses the results of these models at an aggregate level. The text is supplemented with charts and figures to drive home key findings and proofs, making it of interest to students and researchers in the areas of economics and behavioral finance.