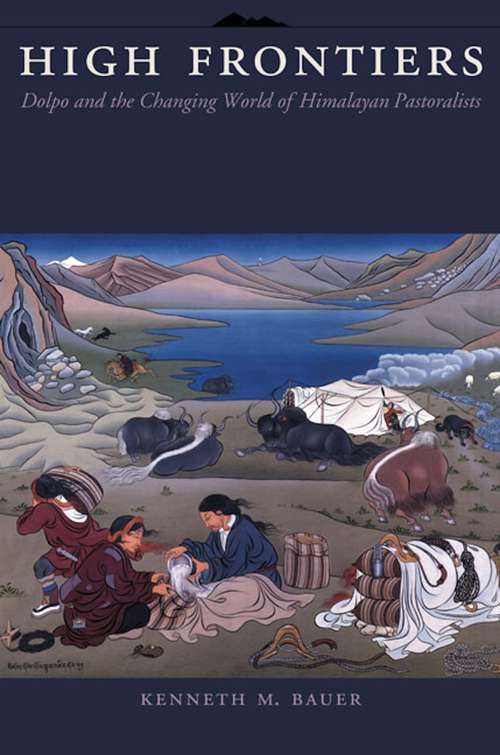 Dolpo is a culturally Tibetan enclave in one of Nepal's most remote regions. The Dolpo-pa, or people of Dolpo, share language, religious and cultural practices, history, and a way of life. Agro-pastoralists who live in some of the highest villages in the world, the Dolpo-pa wrest survival from this inhospitable landscape through a creative combination of farming, animal husbandry, and trade.

High Frontiers is an ethnography and ecological history of Dolpo tracing the dramatic transformations in the region's socioeconomic patterns. Once these traders passed freely between Tibet and Nepal with their caravans of yak to exchange salt and grains; they relied on winter pastures in Tibet to maintain their herds. After 1959, China assumed full control over Tibet and the border was closed, restricting livestock migrations and sharply curtailing trade. At the same time, increasing supplies of Indian salt reduced the value of Tibetan salt, undermining Dolpo's economic niche. Dolpo's agro-pastoralists were forced to reinvent their lives by changing their migration patterns, adopting new economic partnerships, and adapting to external agents of change. The region has been transformed as a result of the creation of Nepal's largest national park, the making of Himalaya, a major motion picture filmed on location, the increasing presence of nongovernmental organizations, and a booming trade in medicinal products. High Frontiers examines these transformations at the local level and speculates on the future of pastoralism in this region and across the Himalayas.