The Misfit of the Family 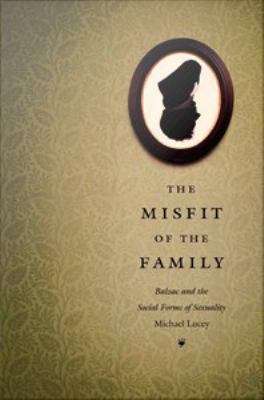 In more than ninety novels and novellas, Honor de Balzac (1799-1850) created a universe teeming with over two thousand characters. The Misfit of the Family reveals how Balzac, in imagining the dense, vividly rendered social world of his novels, used his writing as a powerful means to understand and analyze--as well as represent--a range of forms of sexuality. Moving away from the many psychoanalytic approaches to the novelist's work, Michael Lucey contends that in order to grasp the full complexity with which sexuality was understood by Balzac, it is necessary to appreciate how he conceived of its relation to family, history, economics, law, and all the many structures within which sexualities take form. The Misfit of the Family is a compelling argument that Balzac must be taken seriously as a major inventor and purveyor of new tools for analyzing connections between the sexual and the social. Lucey's account of the novelist's deployment of "sexual misfits" to impel a wide range of his most canonical works--Cousin Pons, Cousin Bette, Eugenie Grandet, Lost Illusions, The Girl with the Golden Eyes--demonstrates how even the flexible umbrella term "queer" barely covers the enormous diversity of erotic and social behaviors of his characters. Lucey draws on the thinking of Michel Foucault and Pierre Bourdieu and engages the work of critics of nineteenth-century French fiction, including Naomi Schor, D. A. Miller, Franco Moretti, and others. His reflections on Proust as Balzac's most cannily attentive reader suggest how the lines of social and erotic force he locates in Balzac's work continued to manifest themselves in twentieth-century writing and society.