The Elusive Promise of Indigenous Development 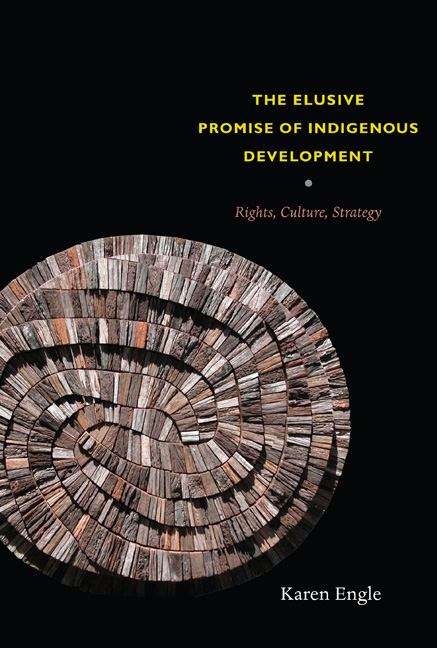 Around the world, indigenous peoples use international law to make claims for heritage, territory, and economic development. Karen Engle traces the history of these claims, considering the prevalence of particular legal frameworks and their costs and benefits for indigenous groups. Her vivid account highlights the dilemmas that accompany each legal strategy, as well as the persistent elusiveness of economic development for indigenous peoples. Focusing primarily on the Americas, Engle describes how cultural rights emerged over self-determination as the dominant framework for indigenous advocacy in the late twentieth century, bringing unfortunate, if unintended, consequences. Conceiving indigenous rights as cultural rights, Engle argues, has largely displaced or deferred many of the economic and political issues that initially motivated much indigenous advocacy. She contends that by asserting static, essentialized notions of indigenous culture, indigenous rights advocates have often made concessions that threaten to exclude many claimants, force others into norms of cultural cohesion, and limit indigenous economic, political, and territorial autonomy. Engle explores one use of the right to culture outside the context of indigenous rights, through a discussion of a 1993 Colombian law granting collective land title to certain Afro-descendant communities. Following the aspirations for and disappointments in this law, Engle cautions advocates for marginalized communities against learning the wrong lessons from the recent struggles of indigenous peoples at the international level.