The Fallacies of States' Rights 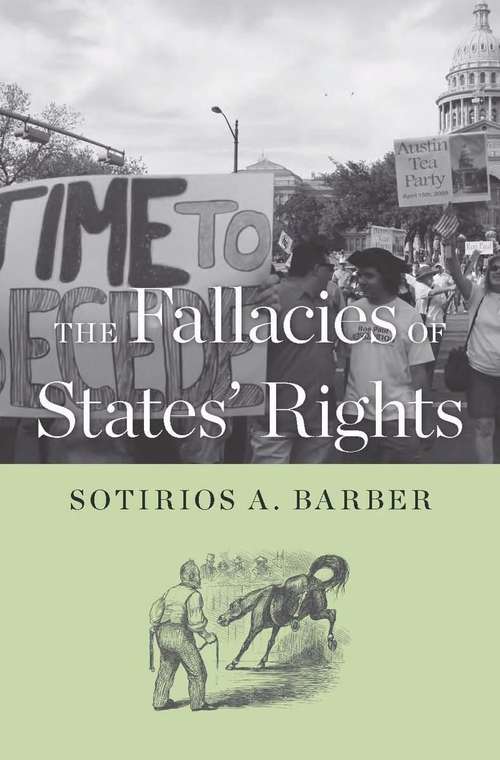 The idea that states’ rights restrain national power is riding high in American judicial and popular opinion. Here, Sotirios A. Barber shows how arguments for states’ rights, from the days of John C. Calhoun to the present, have offended common sense, logic, and bedrock constitutional principles. To begin with, states’ rights federalism cannot possibly win the debate with national federalism owing to the very forum in which the requisite argument must occur-a national one, thanks to the Civil War-and the ordinary rules of practical argumentation. Further, the political consequences of this self-defeating logic can only hasten the loss of American sovereignty to international economic forces. Both philosophical and practical reasons compel us to consider two historical alternatives to states’ rights federalism. In the federalism of John Marshall, the nation’s most renowned jurist, the national government’s duty to ensure security, prosperity, and other legitimate national ends must take precedence over all conflicting exercises of state power. In process federalism, the Constitution protects the states by securing their roles in national policy making and other national decisions. Barber opts for Marshall’s federalism, but the contest is close, and his analysis takes the debate into new, fertile territory. Affirming the fundamental importance of the Preamble, Barber advocates a conception of the Constitution as a charter of positive benefits for the nation. It is not, in his view, a contract among weak separate sovereigns whose primary function is to protect people from the central government, when there are greater dangers to confront.