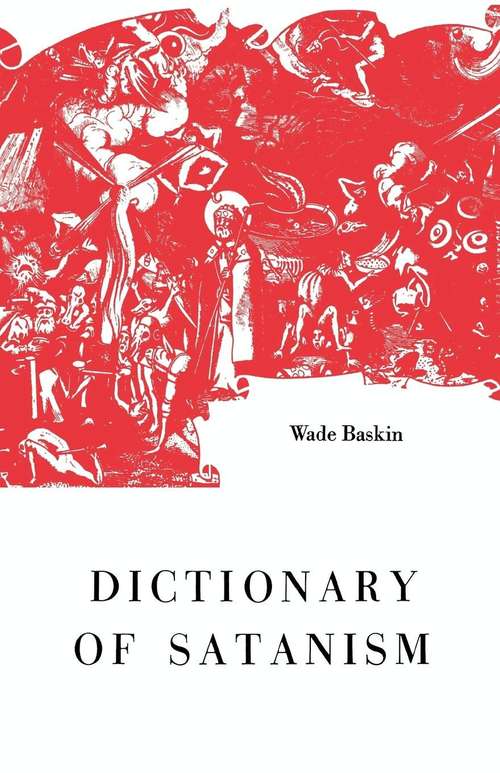 A handy, comprehensive guide to a wide range of topics relating to the awesome power and cult of Satan, in myriad forms and under many different names, from ancient times to the present. Distilled from hundreds of reliable sources, both religious and secular, the entries include men and movements, orders and objects, rites, rituals, incantations, events, legends, and occult practices that have fascinated the mind of man through the ages. It also contains entries relating to a host of unorthodox beliefs and irrational acts, such as the murder of Sharon Tate, which have only recently come to light. The simple manner in which even the most abstruse topics are handled is certain to open the mysterious world of darkness to readers with no prior knowledge of the occult and to intrigue and inform those who seek to extend their knowledge of the subject.

Wade Baskin (1924–1974) was an American author and translator. Known for his extensive list of books on the occult and for his studies of linguistics and philosophy, Baskin also taught at Southeastern Oklahoma State University, where he was inducted into the Faculty Hall of Fame. He was the editor of Classics in Education.