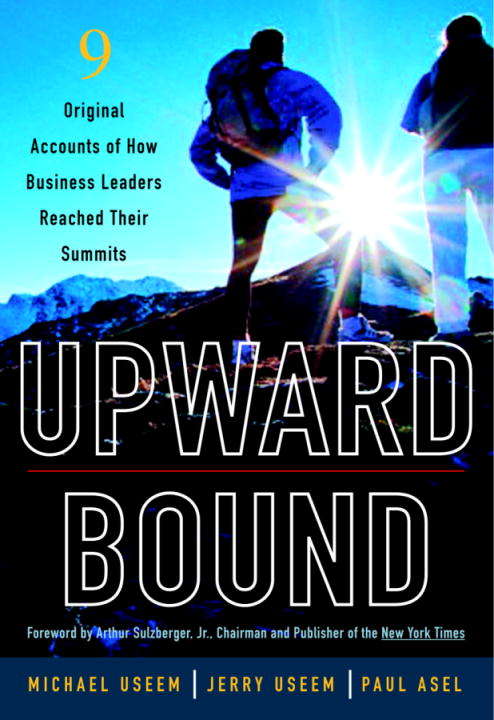 Your team has faltered at a critical moment. A key member says he can't continue, requiring you to make a snap decision: Do you write him off? Or do you risk the whole venture by trying to get him back on his feet?It could be a scenario straight from the business world. Yet this one occurred high on the slopes of the world's deadliest mountain, K2, where lives, not just livelihoods, depended on the leader's choice.Decisions don't get much starker. That's why mountains--though seemingly a world apart from business--hold unique and surprising insights for managers and entrepreneurs at any altitude. More than just symbols of our upward strivings, they are high-altitude management laboratories: testing grounds where risk, fear, opportunity, and ambition collide in the most unforgiving of settings. Upward Bound brings together a remarkable team of nine writers equally at home among the high peaks and in the corridors of corporate power, including Good to Great author Jim Collins, legendary climber and outdoor clothing entrepreneur Royal Robbins, and Stacy Allison, the first American woman to summit Mount Everest. Their riveting, often harrowing accounts, reveal* Why rock climbers' distinction between failure (giving up before reaching the edge of your abilities) and what they call "fallure" (committing 100 percent and using up all your energy and reserves) can help companies transcend their vertical limits * What happens when a leader abdicates responsibility in the Death Zone of Mount Everest--and how a similar vacuum at sea level can corrupt corporate purpose* How large climbing expeditions use exquisite organization and "pyramids of people" to place just two climbers on top, making heroes of some from the sacrifice of all * What "ridge-walking" between deadly avalanches and the lure of Mount McKinley's summit taught a venture capitalist about nurturing risky high-tech start-ups* How a simple insight--using "proximate goals"--propelled a faltering climber up El Capitan in a seemingly undoable solo ascent, a ten-day lesson that would later jump-start a business* Why more accessible peaks like Mount Sinai can exert a pull every bit as powerful as Mount Everest* How to think like a guideWhile most people will never find themselves in the thin air of the world's highest places, Upward Bound brings those places down to earth for anyone seeking the path to his or her own summit. Whether it's up the career ladder or toward a creative peak, Upward Bound addresses the fundamental question of why we climb, while capturing the power of mountains to instruct as well as inspire.From the Hardcover edition.