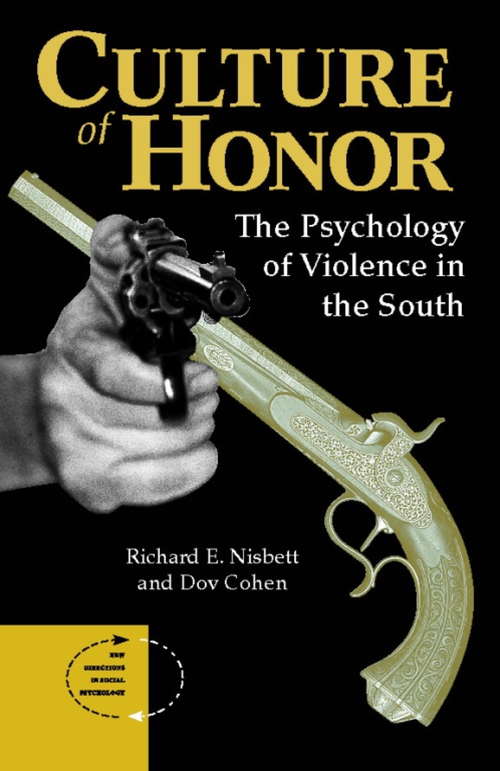 In the United States, the homicide rate in the South is consistently higher than the rate in the North. In this brilliantly argued book, Richard Nisbett and Dov Cohen use this fact as a starting point for an exploration of the underlying reasons for violence.According to Nisbett and Cohen, the increased tendency of white southerners to commit certain kinds of violence is not due to socioeconomic class, population density, the legacy of slavery, or the heat of the South; it is the result of a culture of honor in which a man's reputation is central to his economic survival. Working from historical, survey, social policy, and experimental data, the authors show that in the South it is more acceptable to be violent in response to an insult, in order to protect home and property, and to aid in socializing children. These values are reflected not only in what southerners say, but also in the institutional practices of the South, the actions of Southerners, and their physiological responses to perceived affronts.In this lively and intriguing account, the authors combine bold theory and careful methodology to reveal a set of central beliefs that can contribute to increased violence. More broadly, they show us the interaction between culture, economics, and individual behavior. This engaging study will be of interest to students, educated lay readers, and scholars.

Copyright:
1996 Westview Press, A Member of the Perseus Books Group