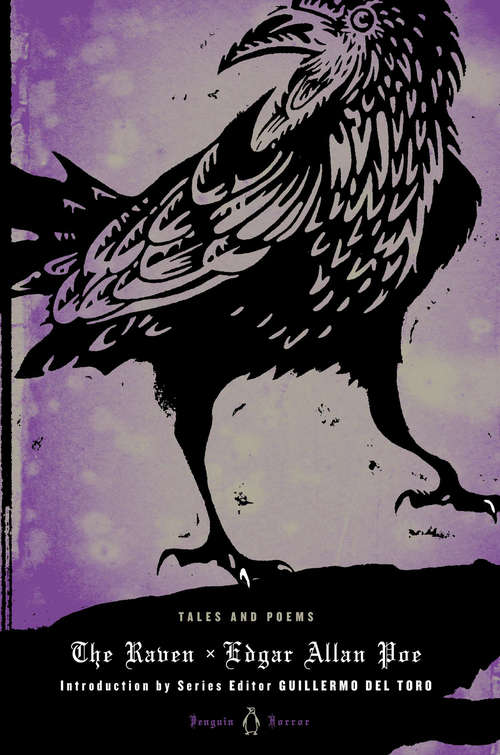 Filmmaker and longtime horror literature fan Guillermo del Toro serves as the curator for the Penguin Horror series, a new collection of classic tales and poems by masters of the genre. Included here are some of del Toro's favorites, from Mary Shelley's Frankenstein and Ray Russell's short story "Sardonicus," considered by Stephen King to be "perhaps the finest example of the modern Gothic ever written," to Shirley Jackson's The Haunting of Hill House and stories by Ray Bradbury, Joyce Carol Oates, Ted Klein, and Robert E. Howard. Featuring original cover art by Penguin Art Director Paul Buckley, these stunningly creepy deluxe hardcovers will be perfect additions to the shelves of horror, sci-fi, fantasy, and paranormal aficionados everywhere.

The Raven: Tales and Poems is a landmark new anthology of Poe's work, which defied convention, shocked readers, and confounded critics. This selection of Poe's writings demonstrates the astonishing power and imagination with which he probed the darkest corners of the human mind. "The Fall of the House of Usher" describes the final hours of a family tormented by tragedy and the legacy of the past. In "The Tell Tale Heart," a murderer's insane delusions threaten to betray him, while stories such as "The Pit and the Pendulum" and "The Cask of Amontillado" explore extreme states of decadence, fear and hate. The title narrative poem, maybe Poe's most famous work, follows a man's terrifying descent into madness after the loss of a lover.