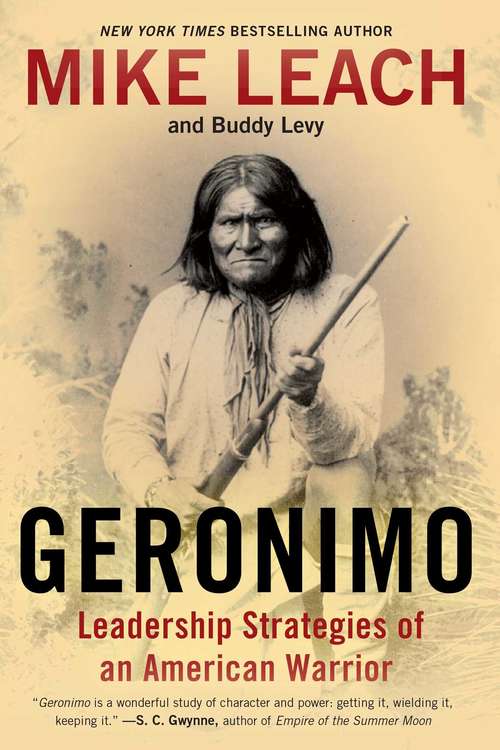 Playing cowboys and Indians as a boy, legendary college football coach Mike Leach always chose to be the Indian--the underdog whose success turned on being a tough, resourceful, ingenious fighter. And the greatest Indian military leader of all was Geronimo, the Apache warrior whose name is so symbolic of courage that World War II paratroopers shouted it as they leaped from airplanes into battle. Told in the style of The 48 Laws of Power, Leach's compelling and inspiring book examines Geronimo's leadership approach and the timeless strategies, decisions, and personal qualities that made him a success. Raised in an unforgiving landscape, Geronimo and his band faced enemies better armed, better equipped, and more numerous than they were. But somehow they won victories against all odds, beguiling the United States and Mexican governments and earning the respect and awe of those generals committed to hunting him down. While some believed that Geronimo had supernatural powers, much of his genius can be ascribed to old-fashioned values such as relentless training and preparation, leveraging resources, finding ways to turn defeats into victories, and being faster and more nimble than his enemy. The tactics of Geronimo would be studied and copied by the U.S. military for generations. Drawing on his fascination and love for American Indian lore, Mike Leach explains how the tribe's organizational structure helped Geronimo be successful. He chronicles specific battles and shows how Geronimo got the most out of his warriors and outthought his enemies. Leach also captures the mysterious nature of leadership itself. Pain, pride, humility, family--many things shaped Geronimo's life. In this remarkable book, Mike Leach illustrates how we too can use the forces and circumstances of our own lives to build true leadership today.